The price of a standard postage stamp in Australia is expected to rise from 70 Australian cents to $A1 and mail will take longer to arrive, under a plan to be announced by the Australian Government. 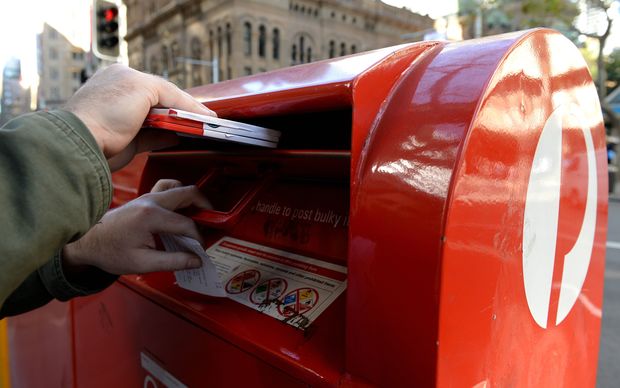 A postbox in Australia. Photo: AAP

The ABC reports Communications Minister Malcolm Turnbull is set to announce that Australia Post will switch to a two-speed mail service, similar to what's happening in New Zealand.

Mr Turnbull said the system would not be introduced until September at the earliest.

Australia Post will take two to three days to deliver regular mail and charge a premium for next-day delivery.

It will also apply to boost the price of a basic stamp to a dollar.

A 60 cent stamp price will remain in place for pensioners and concession card holders, and Christmas cards will still cost 65 cents to send.

"Australia Post is facing significant structural decline as people choose to communicate over the internet," Mr Turnbull said in a statement.

"Australians are now sending 1 billion fewer letters a year than they were in 2008, with letters losses rising to more than $300 million a year."