US actor Leonard Nimoy, who played Mr Spock in the cult sci-fi series Star Trek, has died at the age of 83 in Los Angeles, his family has said. 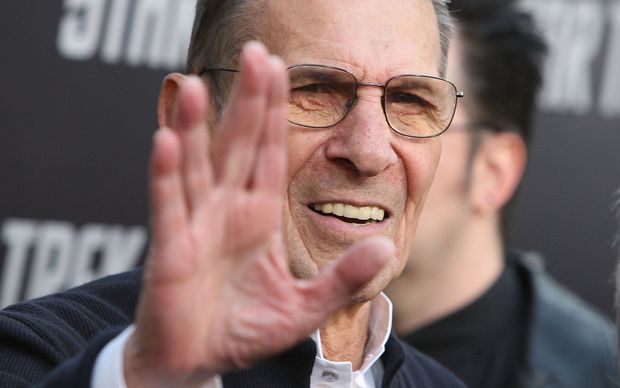 Nimoy had a long career as both an actor and director.

However he was best known for his portrayal of the half-human, half-Vulcan character in both the TV franchise and series of films.

Last year, the actor revealed he was suffering from chronic lung disease, despite stopping smoking more than 20 years ago.

It was reported earlier this week he had been taken to hospital on 19 February after suffering from chest pains.

He later tweeted: "A life is like a garden. Perfect moments can be had, but not preserved, except in memory."

He signed off with "LLAP" - a reference to his character's famous catchphrase, "Live long and prosper". It was to be his final tweet.

A life is like a garden. Perfect moments can be had, but not preserved, except in memory. LLAP

Despite a career which also embraced directing, writing and photography, he never managed to escape the character that came to define him.

At times it seemed the actor and character were becoming one and the same person and Nimoy battled with alcohol abuse as a result.

But he eventually derived great satisfaction from the role that dominated his life.

Leonard Simon Nimoy was born in Boston, Massachusetts, on 26 March 1931.

His parents were Orthodox Jews who had emigrated from an area of the Soviet Union which is now part of Ukraine.

He began acting as a child and quickly developed an ambition to pursue the stage as a career, much to the dismay of his parents.

Nimoy began attending a local drama school but gave up his studies, moved to Los Angeles and made his first, and uncredited, film appearance in 1951.

A year later he was given the title role in Kid Monk Baroni, where he played a boxer.

It was, said Nimoy, the type of film that "made unknowns out of celebrities".

He appeared in a variety of films and TV series, always in small roles, and it seemed it would be his lot to remain as one of acting's many also-rans.

In 1964 he played the villain in an episode of the TV spy series, The Man from U.N.C.L.E. where, for the first time, he worked with William Shatner. 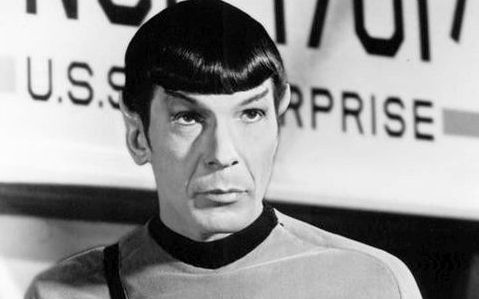 At the same time, Gene Roddenberry was attempting to pitch his idea for a new science-fiction series to US TV networks.

Called Star Trek, it drew heavily for inspiration on the Hornblower novels of CS Forester.

Roddenberry eventually persuaded Desilu Productions to take on the project and the US TV network NBC agreed to screen a pilot entitled The Cage.

Nimoy, then known as a capable character actor, was approached to play Spock, the ship's science officer who has a human mother and Vulcan father.

At the time he had also been offered the role of Steven Cord in the US TV soap Peyton Place. He decided to ignore small-town America and reach for the stars.

It fell to Nimoy to speak the first lines in a Star Trek episode. "Check the circuit!", followed by "Can't be the screen, then."

Unfortunately, NBC decided the plot was too intellectual and too slow - but was enamoured enough to commission a second pilot.

Spock was the only character kept from The Cage and Nimoy appeared in the second pilot, which NBC decided was good enough to risk commissioning a series.

This second pilot introduced many members of the familiar Star Trek cast, including William Shatner as Captain Kirk and James Doohan as Scott, the engineer.

"For the first time," Nimoy later recalled, "I had a job that lasted longer than two weeks and a dressing room with my name painted on the door and not chalked on."

It was Nimoy who created the famous Vulcan salute that first appeared in 1967. He based it on his childhood memories of Jewish priests giving the blessing.

It was usually combined with the Vulcan greeting: "Live long and prosper." 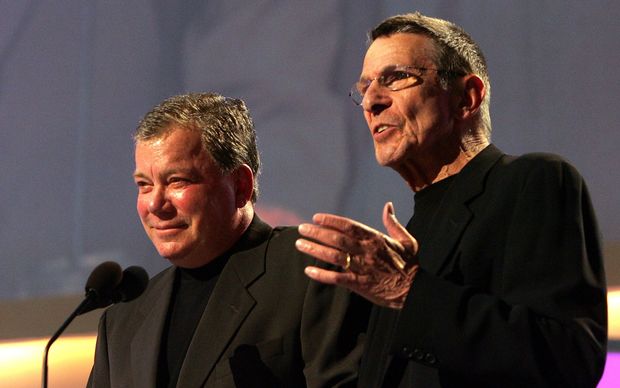 Nimoy's portrayal of Spock in the pilots was far removed from later characterisations.

The early Spock was quite carefree and not at all like the much more serious, and usually emotionless, character that he later became.

Nimoy found that the intensity of the role was such that it was becoming difficult to separate himself from the character.

He described how he would go home at weekends and it would take him until Sunday afternoons to finally shake off the role, only to have to begin all over again on Monday mornings.

NBC dropped Star Trek in 1969 and Nimoy was hired for the cast of Mission: Impossible, whose producers needed to replace the lead character originally played by Martin Landau.

Two years later he published the first volume of his autobiography, entitled I Am Not Spock, in which he conducted imaginary conversations with his character.

"The question was whether to embrace Mr Spock or to fight the onslaught of public interest. I realise now that I really had no choice in the matter."

In the end he decided to embrace him; the second volume of autobiography was called I Am Spock.

In 1979 he was back on the Enterprise in the first feature film in the franchise, Star Trek: The Motion Picture.

Nimoy directed two of the subsequent films, The Search for Spock and The Long Voyage Home, as well as contributing to the screenplays.

He also made two appearances in character when the franchise returned to television in Star Trek: The Next Generation.

Away from the Enterprise, he directed the 1987 film comedy Three Men and a Baby, one of the top-grossing films of that year.

He announced his retirement in 2010 but was coaxed back a year later to reprise his role as Dr William Bell in the US TV science-fiction series Fringe.

He continued to make regular appearances at Star Trek conventions but admitted he did not always share the encyclopaedic knowledge of the show.

"Star Trek fans," Nimoy confided, "can be scary. If you don't get this right you're going to hear about it."

Im heartbroken to hear about the passing of Leonard Nimoy #Spock :(