A carnival parade has been called off at short notice in Braunschweig, northern Germany, due to the threat of an Islamist attack, police said. 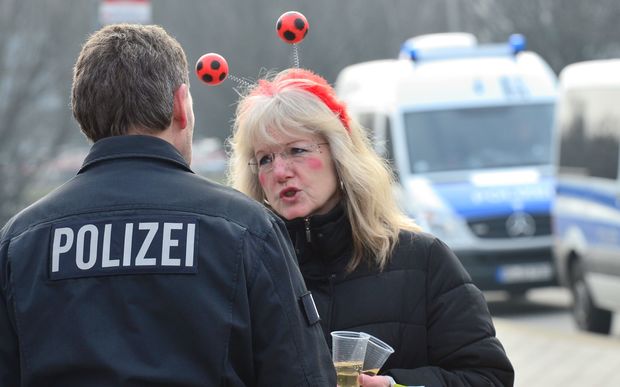 A Police officer speaks with a carnival reveler in Braunschweig. Photo: AFP

A "specific threat of an Islamist attack" was identified by state security sources, they said in a statement.

Police urged people planning to attend to stay at home.

The parade - a well-known regional attraction - was cancelled only 90 minutes before it was due to start.

"Many people arriving at the train station were already dressed up and very disappointed - but we didn't want to take any risks," police spokesman Thomas Geese was quoted as saying.

Braunschweig's Carnival parade reportedly draws around 250,000 visitors each year. More than 4,000 participants in fancy dress march down a 6km route through the city.

The decision to call it off was taken by Mayor Ulrich Markurth and the parade's marshal, Gerhard Baller. 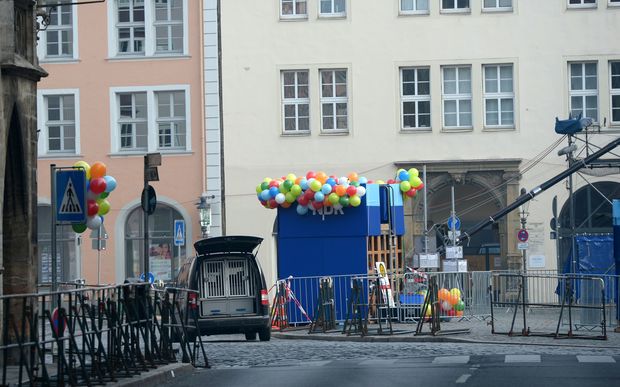 Police dogs are brought to search the area in the German city of Braunschweig where a planned carnival parade was cancelled because of a "specific threat of an Islamist attack". Photo: AFP

"This is a sad day for our city," Mayor Markurth told public broadcaster NDR.

"The assessment of the police however left us with no other choice."

Large carnival parades and street parties are held every year in the week before Lent in Catholic regions of Germany.

The cancellation comes hours after Danish police shot dead a man they believe was behind two deadly attacks earlier in Copenhagen, though one German police chief was quoted as saying there was no link.