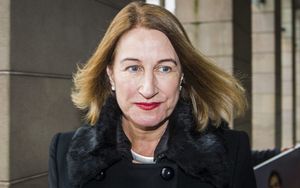 A Home Affairs Committee report says it should cover Scotland and Northern Ireland, rather than just England and Wales.

The BBC reports the independent inquiry was set up by the Home Secretary last year to consider whether public bodies and other institutions failed in their duty to protect children.

The inquiry will investigate whether "public bodies and other non-state institutions have taken seriously their duty of care to protect children from sexual abuse in England and Wales".

Justice Goddard said it would seek to "revisit past wrongs", find out what happened and look at what is currently happening to ensure there is "not only redress but, most importantly, that children now and for the future are protected".

Separate historical abuse inquiries have been established in Scotland and Northern Ireland.

The committee also endorsed Justice Goddard's appointment, saying she will stand down from the High Court in New Zealand and move to Britain to take on the role full-time in early April.