A programmer with Kim Dotcom's now defunct Megaupload website has been jailed in the United States after pleading guilty to copyright infringement charges. 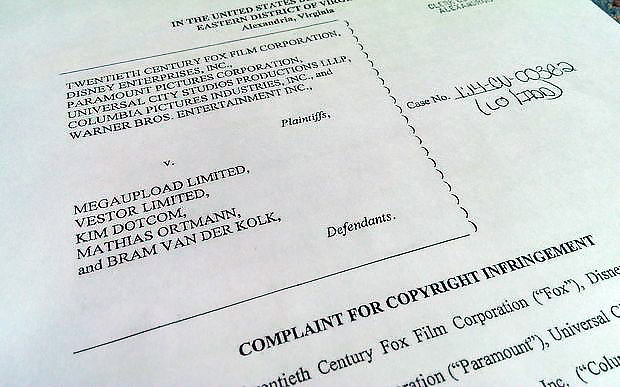 Estonian Andrus Nomm, 36, has been sentenced to a year and a day in a US federal prison, the first conviction in the Megaupload criminal case.

Seven men, including Mr Dotcom were originally indicted three years ago on charges of internet piracy and criminal copyright infringement.

An extradition hearing for Mr Dotcom and three others is scheduled for June in Auckland. Two of the seven are still at large.

The American Justice Department said the conviction was a significant step forward in the largest criminal copyright case in US history.

It said it intends to see all those involved are held accountable for stealing the work of American artists and creators.

A lawyer for the MegaUpload founder Kim Dotcom says Nomm struck a plea deal in the United States because he was starved of resources to fight the charges against him.

The programmer admitted he was aware that content that infringed copyright had been stored on Mega websites.

Ira Rothken, the US-based lawyer for Mr Dotcom, said Nomm's admission was tainted because he had been threatened with a longer sentence if he did not cooperate.