The American comedian Jon Stewart has announced he is stepping down as host of the late-night television programme The Daily Show later this year. 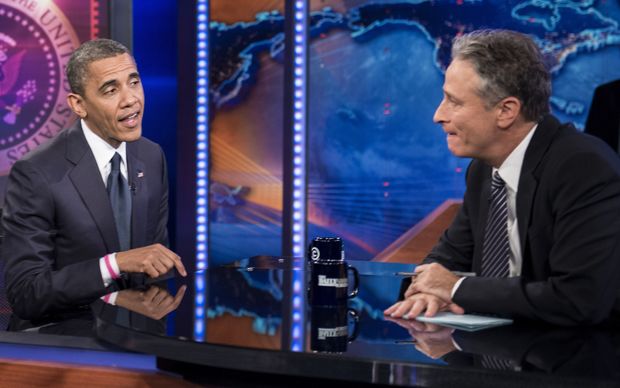 President Obama appeared on The Daily Show in 2012. Photo: AFP

The programme has won numerous television awards for its satirical take on United States society and politics.

The comedian said it had "been an absolute privilege" to have been at the helm of the satirical show since 1999 and told his audience today that the show didn't deserve "an even slightly restless host."

"He is a comic genius, generous with his time and talent, and will always be a part of the Comedy Central family," she said.

Stewart will remain there until later this year and said he didn't have any specific plans.

In 2013 he took time out to direct a film Rosewater about an Iranian-born journalist who was imprisoned and accused of spying.

His announcement came after the network lost another major comedy figure Stephen Colbert who left to take over David Letterman's late night show on CBS.