Australian Prime Minister Tony Abbott has survived a challenge to his leadership by 22 votes. 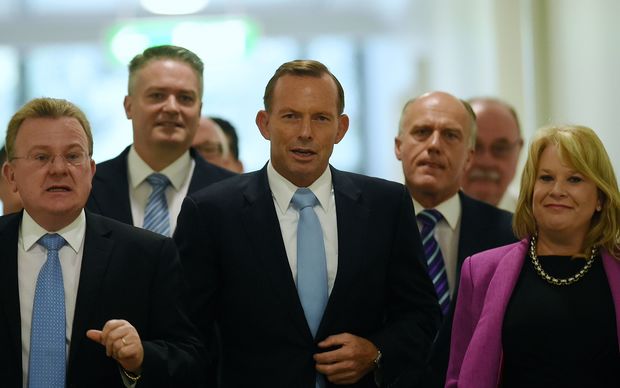 Liberal Party MPs voted by 61 to 39 not to open up his position to challengers.

The leadership test, initiated by a backbencher last week, came after a series of policy mis-steps by Mr Abbott that saw his popularity tumble.

Communications Minister Malcolm Turnbull had been seen as a likely challenger if the vote passed but in the end the party rallied round the PM.

The result of the vote, brought forward from Tuesday, was announced by Chief Whip Philip Ruddock.

"The Liberal Party has met, we have had a ballot, it was properly conducted. The result is very clear. No 61. Yes 39," he said.

Mr Abbott had pledged to fight any challenge, saying his Liberal Party was "not going to repeat the chaos and the instability" of the opposition Labor party, which lost office in 2013 after a series of leadership crises.

His party also suffered a comprehensive defeat in Queensland state elections, which many attributed to dissatisfaction with the prime minister. 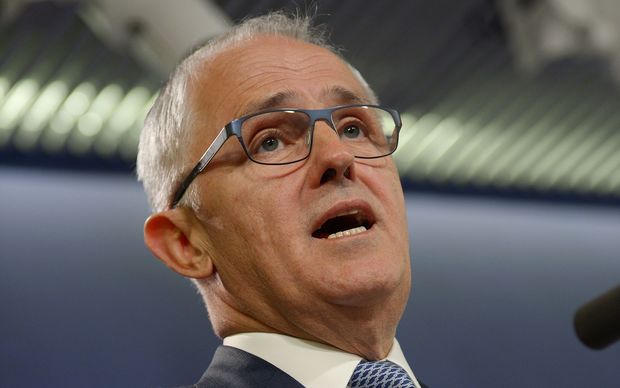 And on Monday morning, a poll published in The Australian newspaper put satisfaction with his performance down at 24 percent, his lowest figure in five years.

Mr Abbott was due to give a statement via a television channel shortly.