Australian prime minister Tony Abbott says he and his Liberal party deputy leader Julie Bishop will "stand together" against a leadership challenge from MPs.

West Australian Liberal Party backbencher Luke Simpkins called the motion on Friday, saying it was "time to test the support of the leadership". 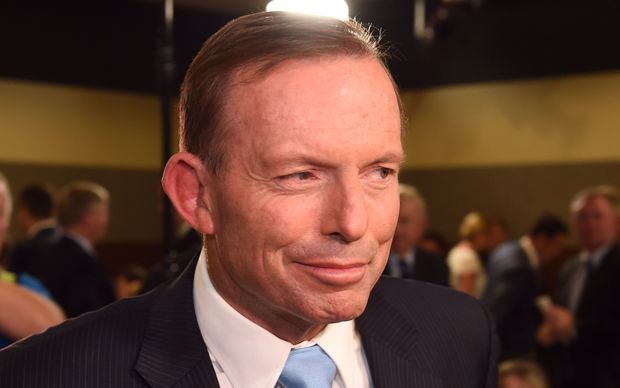 Mr Abbott has faced growing questions about his leadership in recent weeks.

He was widely ridiculed for giving a knighthood to Prince Phillip, husband of Queen Elizabeth, and blamed for a Liberal defeat in Queensland elections.

Ms Bishop, who is also foreign minister, has been seen as a potential leadership challenger.

But in a brief statement to the media on Friday, she said she agreed with Mr Abbott that "due to cabinet solidarity and my position as deputy there should be support for current leadership in spill motion".

The spill motion will be seconded by MP Don Randall with a third WA Liberal, Dennis Jensen saying he will support it.

The MPs concerned called the Prime Minister shortly before sending the email, the ABC reports.

In Mr Simpkins' email he writes:

"In the last two weeks I have been inundated with emails and walk-ins to my Electorate Office all questioning the direction the Government is being led in.

"The knighthood issue was for many the final proof of a disconnection with the people.

"These contacts have come from many people that I personally know and are firm supporters - in some cases they are booth workers as well.

"The last time this outpouring of concern happened was when we were being led to support the Rudd Government's ETS, and faced with this erosion of our base support we acted.

"I think that we must bring this to a head, and test the support of the leadership in the party room.

Mr Simpkins said he had submitted a motion to the Government's chief whip asking for the spill to be conducted via a secret ballot at Tuesday's party room meeting.

A spill motion would need more than 51 votes to succeed.

The Government's chief whip Philip Ruddock confirmed he had received notice of the motion and said Mr Abbott had "indicated this motion will be listed for discussion at the Liberal Party meeting on Tuesday".

Ms Bishop and Malcolm Turnbull are the two MPs most likely to take over if Mr Abbott is deposed.