Scientists working on Europe's Planck satellite have concluded the first stars in the Universe lit up about 140 million years later than was previously thought. 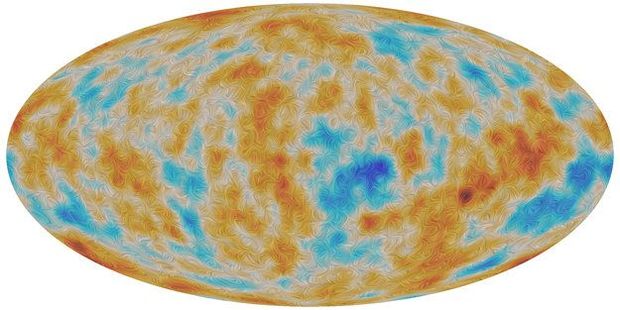 Planck has mapped the delicate polarisation of the CMB across the entire sky. Photo: SUPPLIED / ESA

The satellite made the most precise map yet of the oldest light in the cosmos.

Earlier observations suggested the first generation of stars burst into life about 420 million years after the Big Bang.

The new Planck data indicated they fired up around 560 million years after the universe got going.

"This difference of 140 million years might not seem that significant in the context of the 13.8-billion-year history of the cosmos, but proportionately it's actually a very big change in our understanding of how certain key events progressed at the earliest epochs," said Professor George Efstathiou, one of the leaders of the Planck Science Collaboration.

The assessment was based on studies of the "afterglow" of the Big Bang, the ancient light called the Cosmic Microwave Background, which still washes over the Earth today.

The European Space Agency's (Esa) Planck satellite mapped this "fossil" between 2009 and 2013.

It contained a wealth of information about early conditions in the Universe, and could even be used to work out its age, shape and do an inventory of its contents.