Australian journalist Peter Greste is hours away from home after his release from an Egyptian jail. 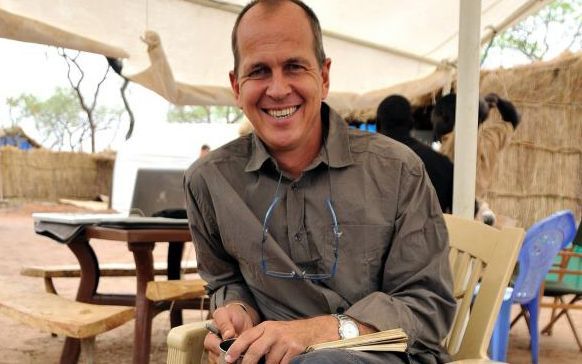 The Al Jazeera journalist was deported to Cyprus and, after resting for two days, will arrive in Brisbane at 3am tomorrow, the BBC reported.

Mr Greste said he was "elated" to be flying home but was worryied about the two Al Jazeera colleagues he left in jail, Canadian-Egyptian Mohamed Fahmy and Egyptian national Baher Mohamed.

Mr Fahmy was giving up his Egyptian citizenship so he could also be deported but Mr Greste said he was particularly worried about Mr Mohamed.

"The situation has been extremely difficult. Peter has been released. Mohamed Fahmy has given up his Eyptian citizenship but what is my husband supposed to give up?

"He has been in jail for over a year. Is it not a high enough price? What do they want us to do? My children are suffering," Ms Rashed said.