Rap mogul Marion "Suge" Knight was arrested for murder Friday in connection with a hit-and-run that left one man dead and another in the hospital, Los Angeles authorities said.

The rapper is being held in lieu of $2 million in bail, the Los Angeles County Sheriff's Office told AFP. 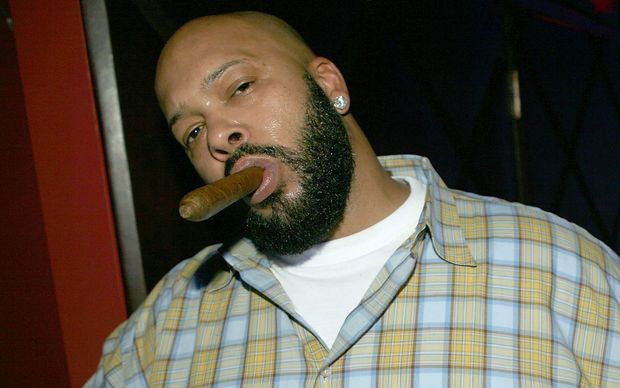 Witnesses told the sheriff's department that Knight, co-founder of Death Row Records, first argued with the men, then used a red pick-up truck to strike them, backing into one then running over both.

The vehicle was similar to one Knight is known to drive.

The argument began on the set of Straight Outta Compton, a movie about pioneering rap group NWA, Captain John Corina of the Sheriff's Department told The Los Angeles Times.

The paper quoted Corina saying Knight is believed to have left the set in southern Los Angeles and followed the two victims to a nearby burger shop, scene of the parking lot incident.

Knight was arrested in the early hours after being interviewed by homicide detectives.

His lawyer said the rapper was attacked by a group of men, and had accidentally run over the victims while trying to escape, according to The Times.

One of the victims was declared dead at the hospital. The second survived but no details on his condition were released.

The label launched stars such as Snoop Dogg and Tupac Shakur but collapsed in 1996 when Knight was jailed for violating a 1992 probation order by beating up a rival in Las Vegas.

He again served a 10 month jail stint in 2003 after getting into a fight outside a Hollywood nightclub. Last year, he was shot six times at a music awards party - AFP