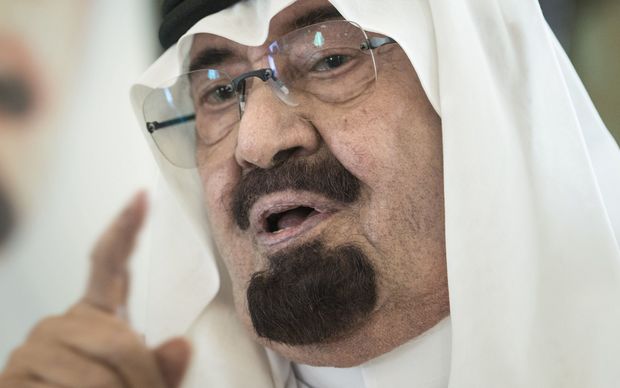 His brother Salman had now become the king, according to the TV announcement.

Before the announcement, Saudi television cut to Koranic verses, which often signified the death of a senior royal.

King Abdullah, 90, had been in hospital for several weeks suffering from a lung infection.

The king came to the throne in 2005 but had suffered frequent bouts of ill health in recent years.

His successor, the former Crown Prince Salman, 79, had recently taken on the ailing monarch's responsibilities.

The late king's half brother Moqren had been named the new crown prince, the official statement said.

King Salman called on the royal family's Allegiance Council to recognise Moqren as his crown prince and heir.

"His Highness Salman bin Abdulaziz Al Saud and all members of the family and the nation mourn the Custodian of the Two Holy Mosques King Abdullah bin Abdulaziz, who passed away at exactly 1am this morning," the statement said.