A court in Germany is ruling in favour of a man's right to urinate while standing up, after his landlord demanded money for damage to the bathroom floor. 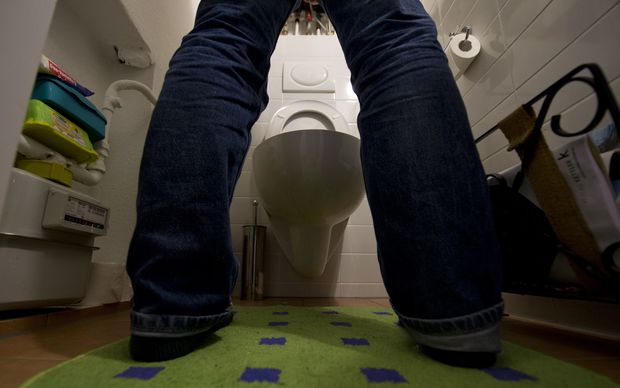 A man stands in front of a western-style toilet bowl in a Berlin flat on 22 January. Photo: AFP

The landlord, who was seeking €1900 ($NZ2878), claims the marble floor was damaged by urine that missed the toilet bowl.

But a Duesseldorf judge ruled that the man's method was within cultural norms and said "urinating standing up is still common practice".

Some German toilets have red traffic-style signs forbidding the standing position - but those who choose to sit are often referred to as a "Sitzpinkler", implying it is not masculine behaviour.

Judge Stefan Hank agreed with an expert's report that uric acid had caused some damage to the bathroom's floor.

But he said men who insisted on standing "must expect occasional rows with housemates, especially women" but cannot be held to account for collateral damage.