Police in Canberra have tasered an armed man outside Parliament House after he refused to hand over a knife. 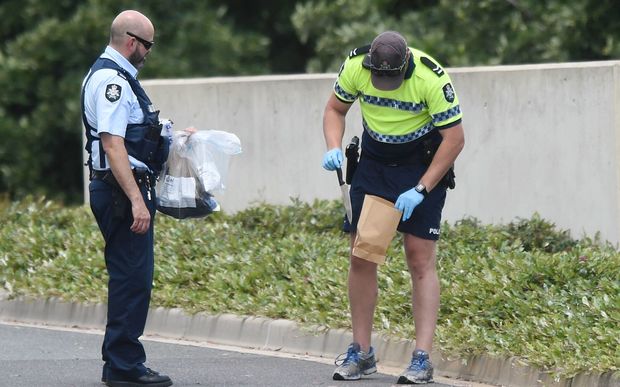 A police officer picks up a knife from a street leading to the ministerial entrance of Parliament House in Canberra. Photo: AAP

The man, believed to be in his 30s, was detained outside the ministerial wing of the building at about 2.30pm today.

Officers attempted to persuade the man to hand over the knife but when negotiations failed, they tasered him.

He was restrained on the ground until an ambulance arrived and then taken into custody.

The incident occurred amid a heightened level of awareness following the terror attack in Paris, but police said there were no national security concerns.