North Korea has responded to the US sanctions imposed on it following a major cyber-attack against Sony Pictures, calling it hostile and inflammatory. 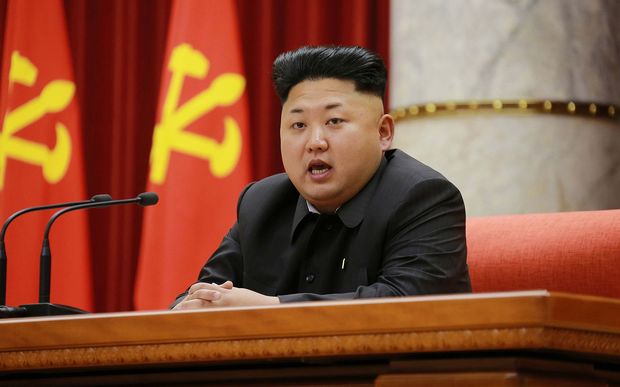 North Korean leader Kim Jong-Un during an awards ceremony for officials and logistics in December 2014. Photo: AFP / KCNA VIA KNS

The US placed sanctions on three North Korean organisations and 10 individuals after the FBI blamed Pyongyang for the cyber-attack.

North Korea praised the attack on Sony but denied any involvement in it.

The attack came as Sony was about to release The Interview, a comedy about a plot to assassinate North Korea's leader.

Sony initially cancelled plans to show the film, before deciding to release it online and at a limited number of cinemas.

The US sanctions imposed on Friday are believed to be the first time the US has moved to punish any country for cyber-attacks on a US company, the BBC reported.

Announcing them, White House officials told reporters the move was in response to the Sony hack, but the targets of the sanctions were not directly involved.

In response, the North's state-run KCNA news agency on Sunday quoted a foreign ministry spokesman as saying: "The policy persistently pursued by the US to stifle the DPRK [North Korea], groundlessly stirring up bad blood towards it, would only harden its will and resolution to defend the sovereignty of the country.

"The persistent and unilateral action taken by the White House to slap 'sanctions' against the DPRK patently proves that it is still not away from inveterate repugnancy and hostility toward the DPRK."

US sanctions were already in place over North Korea's nuclear programme but analysts said the new sanctions were designed to further isolate the country's defence industry.

Those named in the sanctions include:

North Korea blamed the US for lengthy internet outages in the country last week but US officials have not commented on any possible American involvement.