Malaysia has announced an extra 500m ringgit ($142m) to help victims of the country's worst flooding in decades. 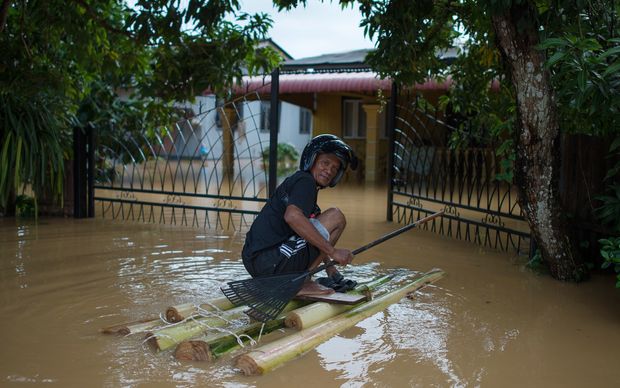 A man makes his way to his house submerged in floodwaters in Pengkalan Chepa, near Kota Bharu in north east Malaysia. Photo: AFP

At least five people have been killed in the floods along Malaysia's east coast, with over 160,000 displaced.

He has faced public anger after being photographed golfing with President Obama in Hawaii during the storms.

Mr Razak cut short his holiday, and defended his "golf diplomacy" with the US leader, saying that it was difficult to decline the invitation as it had been planned for a while.

"Every day when I was there, I received the latest report on the flood situation... as it became more serious, I decided to return to the country as soon as possible," he said in Kota Bharu, the capital of Kelantan province. 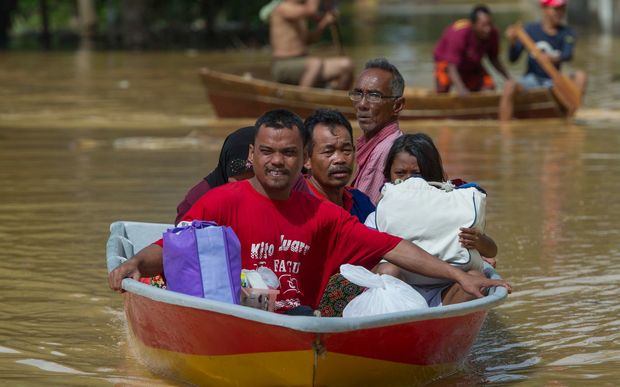 Malaysia has been hit with the worst flooding since 2004. Photo: AFP

The extra funding will go to victims after the floods subsides, and is on top of an initial 50m ringgit ($14m) allocation.

Entire towns have been submerged by the flooding.

Rescue workers have been struggling to bring in enough food and supplies for families sleeping in relief centres.

Some victims have accused the government of being too slow in responding.

"I am angry with them. We don't care about their politics. We just want the government to do what they should do and help us," one woman told AFP.

Eastern states are often flooded during the monsoon season but heavy rain and winds have worsened the situation this year.