Shark drum lines have been set for a second day off Warnbro Beach, south of Perth, after the WA Fisheries Department deemed a tagged great white shark a danger to the public. 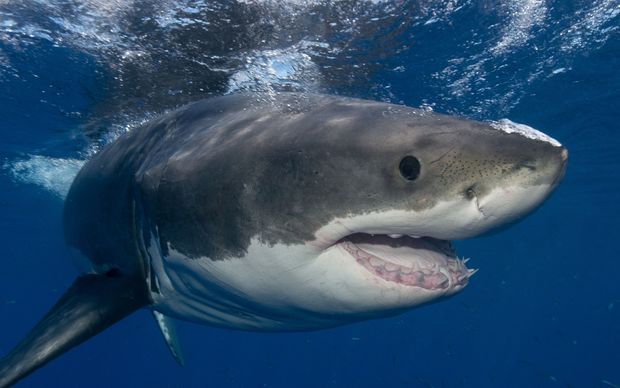 The Western Australian Fisheries Department is hunting for a shark that they say is a danger to the public. Photo: AFP

The shark was detected by the Warnbro Sound receiver again this morning after having been recorded within a kilometre of the shore over consecutive days, the ABC reported.

If the shark is caught alive, it will be shot.

Fisheries has been monitoring the shark closely for the past fortnight, but it had not been deemed a serious threat until now.

Beaches in the area remained closed.

The Australian Green Party have called on the government to rescind the catch-and-kill order amid concerns it would set a precedent.

"If they do catch it and kill it, it will be the third shark under the agreement between the Commonwealth and the state on the imminent threat policy," Greens spokeswoman Rachel Siewert said.

"It is entirely inappropriate for them to be using the tagged monitoring system to then target a shark and kill it.

"The government is responding in an inappropriate manner and they need to rescind this order."

Labor's fisheries spokesman Dave Kelly also criticised the drum lines and said because the shark was tagged, it posed no threat.

"Labor doesn't support the killing of sharks, certainly not in these circumstances," he said.

"This is a great white that has an acoustic tag in it so we know exactly where that shark is.

"As a result, the beaches have been cleared in that area and it therefore poses no threat to the public at all.

"It's harder to think of a more stupid policy than spending thousands of dollars to tag great white sharks and then using that information to then try to catch up kill them."

Earlier this year, the WA government rolled out a 13-week trial of baited drum lines near popular beaches.

It lodged an application under federal environment law to extend the program for another three years, but in September Premier Colin Barnett announced he would not pursue the policy after the Environmental Protection Authority recommended against its continuation.

Mr Barnett said an agreement had been reached with the Commonwealth that would ensure the State Government could take immediate action if a shark was posing a threat, or following an attack.