Switzerland's central bank is bringing in a negative interest rate - cutting the value of large sums of money left on deposit in the country. 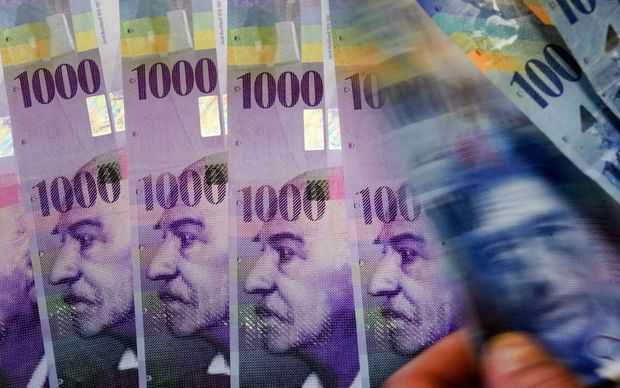 Switzerland's central bank is bringing in a negative interest rate in an attempt to lower the value of the country's franc. Photo: AFP

The Bank is imposing a rate of minus 0.25 percent on "sight deposits" - a certain type of instant access account - of more than $13 million, the BBC reported.

The negative rate means depositors pay to lend the bank their money.

The change will affect banks and companies which use the accounts to transfer funds quickly, without restrictions.

The central bank is trying to lower the value of the Swiss franc, which has risen recently.

Russia's market meltdown and a plunge in the oil price have led investors to seek "safe havens".

The new rate will be introduced on 22 January and will only affect banks and large companies who use sight accounts to transfer funds quickly and without restrictions.