Scientists have dealt a blow to the theory that most water on Earth came from comets.

Results from Europe's Rosetta mission, which made history by landing on Comet 67P in November, shows the water on the icy mass is unlike that on our planet, the BBC reports. 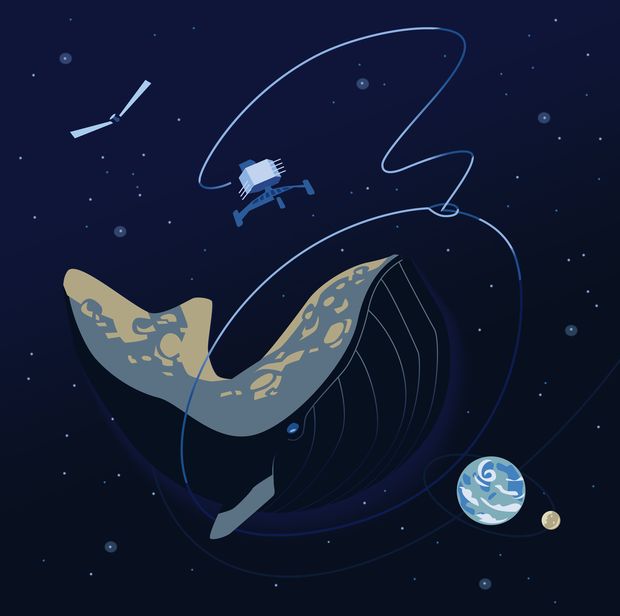 An illustration of the Spacecraft Philae and Comet 67P. Photo: AFP

The results are published in the journal Science.

The authors conclude it is more likely that the water came from asteroids but other scientists say more data is needed before comets can be ruled out.

Since August, the Rosetta probe has been orbiting Comet 67P/Churyumov-Gerasimenko, and on 12 November its lander, Philae, made a historic touchdown on the object's surface.

Although the robot's batteries ran out soon after setting down, it gathered a wealth of scientific data, and the Rosetta "mothership" continues to analyse the wandering "ice mountain".

This unprecedented, close-up look at a comet is helping scientists to answer the fundamental question of whether a bombardment of these primitive bodies brought water to Earth billions of years ago.

And the latest findings, gathered by Rosetta's Rosina instrument, which consists of two mass spectrometers that "sniff" the gas that streams off the surface of 67P, suggests this may not be the case.

Water on Earth has a distinctive signature. While the vast majority of liquid on our planet is made up of hydrogen and oxygen atoms, very occasionally a hydrogen atom will be replaced with a deuterium atom, the BBC reports.

On Earth, for every 10,000 water molecules, three deuterium atoms can be found. This water has the same physical properties as H2O but it is heavier in mass.

Prof Kathrin Altwegg, from the University of Bern in Switzerland, who is Rosina's principal investigator, said: "This ratio between heavy and light water is very characteristic. You cannot easily change it and it stays for a long time.

The team found there was far more heavy water on Comet 67P than on Earth.

Prof Altwegg told BBC Radio 4's Inside Science programme: "It is the highest-ever measured ratio of heavy water relative to light water in the Solar System.

"It is more than three times higher than on the Earth, which means that this kind of comet could not have brought water to the Earth."