Pakistani schoolgirl Malala Yousafzai who survived being shot in the head by the Taliban, has become the youngest ever recipient of the Nobel Peace Prize.

Radio New Zealand's Nine to Noon spoke to Malala Yousafzai in October. She told her story of survival and what drove her campaign for girls to have the right to go to school. 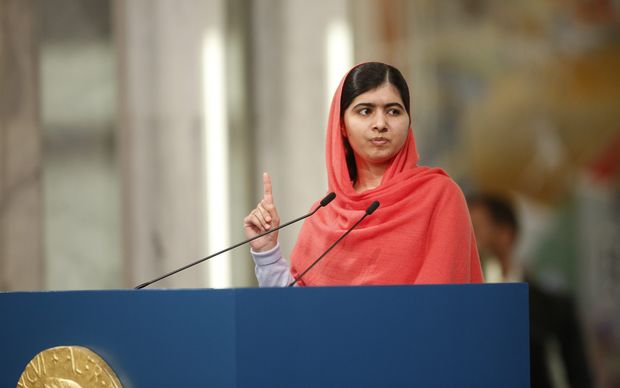 Mr Satyarthi said receiving the prize was "a great opportunity" to further his work against child slavery. The Nobel committee described both as "champions of peace". 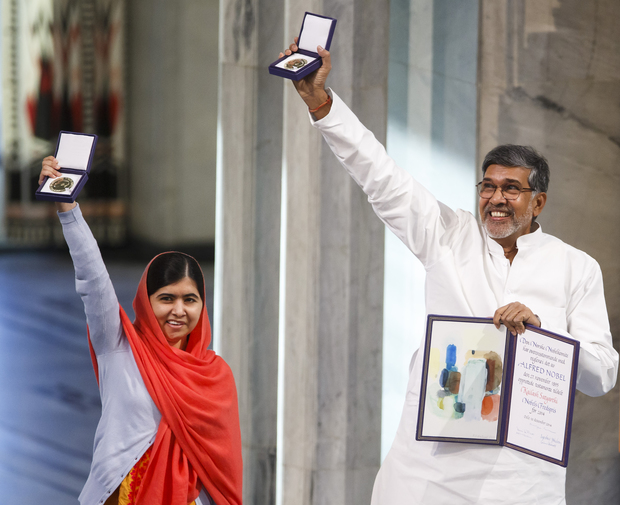 Malala Yousafzai has been widely praised for her global campaigning since she was shot in the head on her school bus in 2012. Some groups in Pakistan, however, have accused her of being a puppet of the West and violating the tenets of conservative Islam.

The teenager is better known by her first name, which is also the title of her book and the name of her foundation.

Mr Satyarthi is credited with saving around 80,000 children from slave labour sometimes in violent confrontations.

"I've lost two of my colleagues," Satyarthi said about his work. "Carrying the dead body of a colleague who is fighting for the protection of children is something I'll never forget, even as I sit here to receive the Nobel Peace Prize."

Arriving in Norway with friends and young activists from Pakistan, Syria and Nigeria, Malala met thousands of children, walked the streets to greet supporters and will open an exhibit where her blood stained dress, worn when her school bus was attacked, was put on display.

"I am pretty certain that I am also the first recipient of the Nobel Peace Prize who still fights with her younger brothers," she said. "I want there to be peace everywhere, but my brothers and I are still working on that."

Although the focus was undoubtedly on Oslo on Wednesday, Nobel Prize winners in literature, chemistry, physics, medicine and economics were gathering in Stockholm, due to receive their prizes from the King of Sweden later in the day.