A South African judge has ruled that prosecutors can appeal against the culpable homicide conviction of Paralympian athlete Oscar Pistorius. 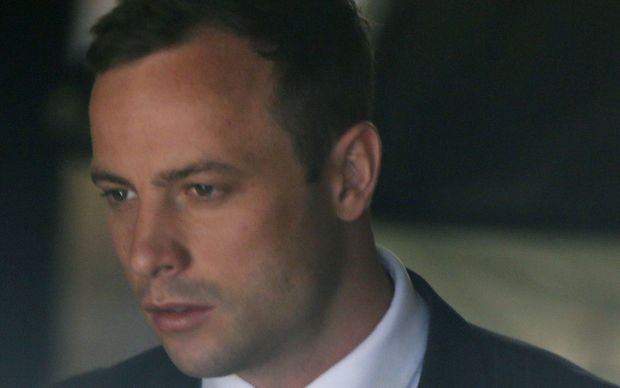 The double amputee was jailed for five years in October this year for shooting dead his girlfriend Reeva Steenkamp through a toilet door at his home in Pretoria on 14 February last year. He said he feared there was an intruder.

Original trial judge Judge Thokozile Masipa, who heard the appeal, said prosecutors could not challenge the length of the sentence given to the 27-year-old track star. 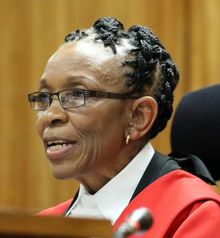 Prosecutors are seeking a murder conviction and the case woudl now go before South Africa's Supreme Court, the BBC reports.

They have argued that Judge Masipa misinterpreted the law when she ruled that Pistorius did not intentionally shoot Ms Steenkamp.

Judge Masipa announced the ruling in a Pretoria court on Wednesday.

"I cannot say ... that the prospect of success at the Supreme Court of Appeal is remote," she said.

"The application therefore in respect of count one is decided in favour of the applicant. The application for leave to appeal against the sentence is dismissed."

Outlining his case on Tuesday, prosecutor Gerrie Nel said the sentence was "shockingly inappropriate and does not fit the crime and the accused".

The sprinter had been charged by the prosecution with the premeditated murder of Ms Steenkamp, a model and law graduate. He was also acquitted of the lesser murder charge of dolus eventualis - also known as common-law murder - by Judge Masipa, who ruled that he did not intend to kill.

The prosecution had called for the maximum 15-year sentence for culpable homicide, or manslaughter.

Before the fatal shooting, the 27-year-old athlete was feted in South Africa and known as the "blade runner". He had won gold at the London 2012 Paralympic Games and also competed at the Olympics.