The executive in charge of cabin service at Korean Air has resigned from the role after demanding a flight attendant be removed for serving nuts in a packet rather than on a plate. 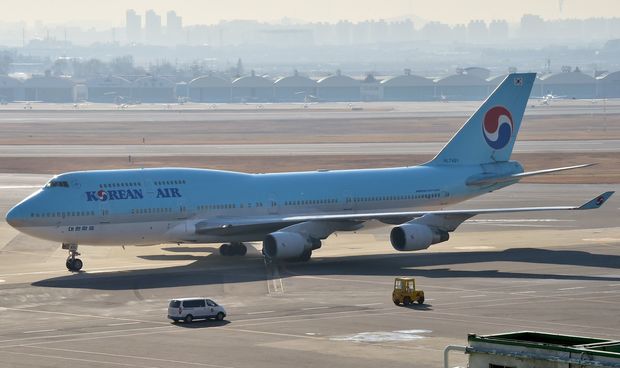 Korean Air has apologised after its CEO's daughter had a chief purser ejected from a plane when incorrectly served some macadamia nuts. Photo: AFP

However, Heather Cho, who is the daughter of the company's chairman, will remain as vice-president.

A junior attendant had offered Ms Cho macadamia nuts in a bag, instead of serving the nuts on a plate, the BBC reported.

Ms Cho, who was a passenger at the time, then questioned the chief flight attendant over in-flight service standards and ordered him off the plane.

The Incheon-bound flight had to taxi back to the terminal in New York.

The airline has apologised, but said Ms Cho had had the support of the pilot.

The flight eventually arrived in South Korea 11 minutes behind schedule.

The incident has sparked a backlash in Korea where it's being seen as typical of the behaviour of the country's elite.