One of the world's pre-eminent scientists, Stephen Hawking, has said efforts to create so-called 'thinking machines' could spell the end of the human race.

Professor Hawking's warning came in response to a question about a revamp of the technology he uses to communicate, which involves a basic form of artificial intelligence or AI. 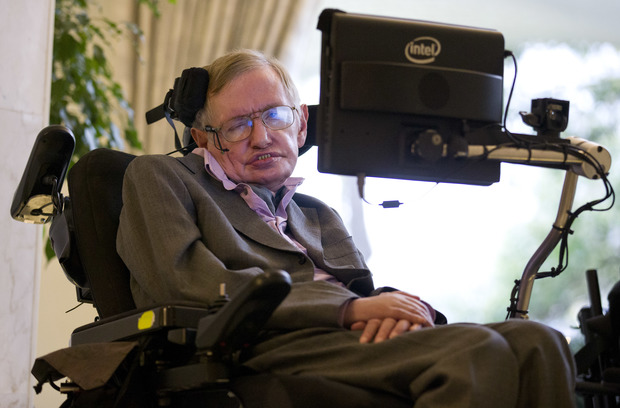 Stephen Hawking warned that humans would be superseded by artificial intelligence. Photo: AFP

But he told the BBC the development of more sophisticated versions of AI had risks.

"Once humans develop artificial intelligence it would take off on its own and re-design itself at an ever increasing rate."

"Humans, who are limited by slow biological evolution couldn't compete and would be superseded."

But others, including Cleverbot creator Rollo Carpenter, were less pessimistic.

"I believe we will remain in charge of the technology for a decently long time and the potential of it to solve many of the world problems will be realised," said Mr Carpenter.

Cleverbot's software learns from its past conversations, and has gained high scores in the Turing test, fooling a high proportion of people into believing they were talking to a human.

Professor Hawking, who has the motor neurone disease amyotrophic lateral sclerosis (ALS), is using a new system to speak, which learns how the professor thinks and suggests the words he might want to use next.

But one aspect, his computer-generated voice, has not changed in the latest update. The theoretical physicist concedes it is slightly robotic, but insists he did not want a more natural voice.

"It has become my trademark, and I wouldn't change it for a more natural voice with a British accent," he said.

"I'm told that children who need a computer voice, want one like mine."