The World Food Programme (WFP) is suspending critical food aid to more than 1.7 million Syrian refugees in Jordan, Lebanon, Turkey, Iraq and Egypt because of a lack of funds. 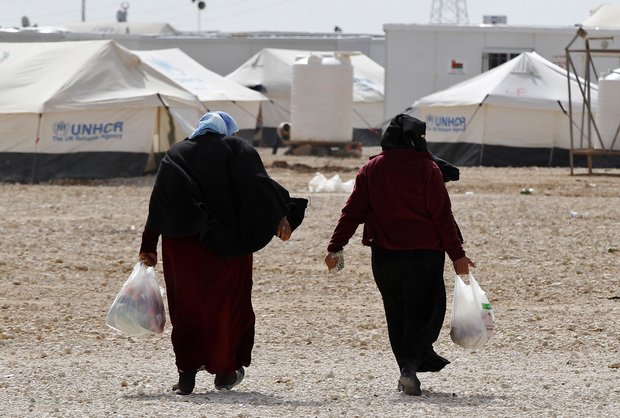 Syrian refugees leaving a World Food Programme market at a refugee camp in the Jordanian city of Mafraq Photo: REUTERS

The UN agency warns that without food aid, many families will go hungry this winter.

Suspension of the assistance programme comes as many vulnerable Syrian families enter their fourth bleak winter in difficult living conditions after fleeing a homeland racked by conflict since March 2011. 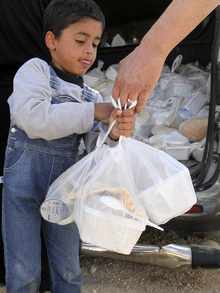 The agency gives vouchers to buy food in a programme the agency said had already injected about $US800 million into local shops in the countries hosting refugees.

The UN refugee organisation needed $64 million to support the refugees for the rest of December and would immediately resume the aid if new funding arrived, it said in a statement.

"Without WFP vouchers, many families will go hungry. For refugees already struggling to survive the harsh winter, the consequences of halting this assistance will be devastating," the statement said.

The impact could be particularly devastating in Lebanon, where more than 1.1 million Syrian refugees are scattered across some 1700 communities, according to the UN refugee agency. Many live in makeshift settlements, sheds, garages and unfinished buildings.

The agency had warned last month that it might be forced to impose such a suspension and said it might have to announce a similar measure in January for people reliant on aid within Syria, where at least 7.6 million people are internally displaced.

The Rome-based agency has already cut rations for 4.25 million people it is providing food supplies to in Syria.

"WFP will not be able to continue its life-saving operations inside Syria in February without additional funding," WFP spokeswoman Elisabeth Byrs told Reuters on Monday.

The UN refugee agency has said that a lack of cash has forced it to prioritise as it helps those in need prepare for winter, with preference for people at higher, colder altitudes and vulnerable refugees such as newborn babies.