Dilma Rousseff has been re-elected president of Brazil, after securing more than 51 percent of votes in the closest election race in many years. 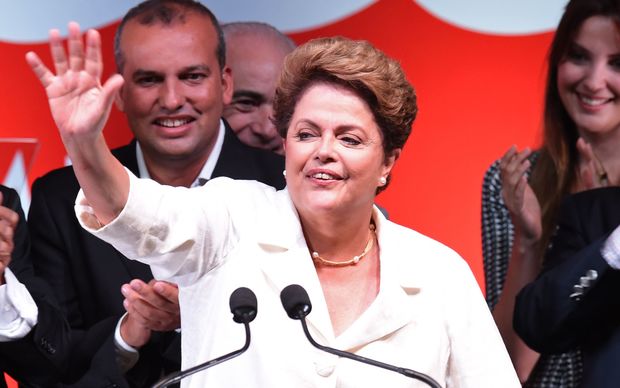 In her victory speech, Ms Rousseff said she wanted to be "a much better president than I have been until now".

Ms Rousseff, who has been in power since 2010, is popular with poor Brazilians thanks to her government's welfare programmes.

But the vote split Latin America's biggest country almost evenly in two, along lines of social class and geography.

Ms Rousseff called on all Brazilians "to unite in favour of Brazil's future" and said she would seek political reform.

"This president is open to dialogue. This is the top priority of my second mandate," she told a cheering crowd in the capital, Brasilia.

"I thank from the bottom of my heart our number one militant, President Lula."

Her re-election for a second term extends the rule of her Workers Party (PT), which came to power in 2002 with President Lula.