Officials in Mali are continuing their attempts to identify all those who came into contact with a two-year-old girl who has died of Ebola, as the number of known cases of the disease passes 10,000. 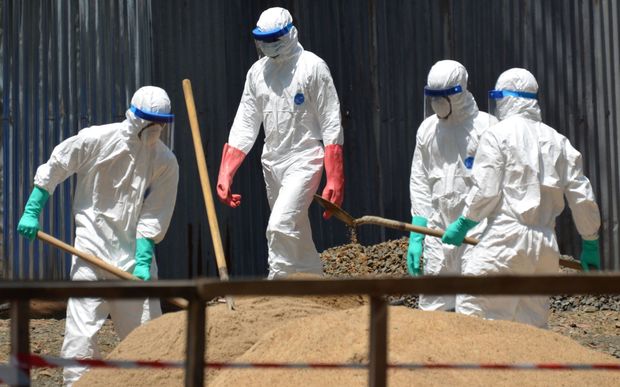 Health workers from the Liberian Red Cross shovel sand to absorb fluids from the bodies of Ebola victims in Monrovia. Photo: AFP

More than 40 people in Mali have already been quarantined, including staff at a hospital where the girl was treated on her arrival in Mali from Guinea.

But the toddler had travelled hundreds of kilometres by bus across the country and had been bleeding from her nose in that time, the BBC reported.

Doctor Magda Robalo from the World Health Organisation (WHO) said she hoped the virus could be contained.

"It looks like Mali had a very good surveillance system working. They were able to pick up this case, they were able to diagnose it, isolate and then trace contacts and put them in isolation," she said.

"We hope that nobody else has been affected and, if so, we are able to contain transmission quickly and arrest the epidemic."

The death toll from this year's Ebola epidemic is now at about 5000, according to the WHO's latest figures.

The United Nations agency said since January, 4922 out of 10,141 known cases of the haemorrhagic fever have resulted in death.

The deaths span eight countries but have been mainly in the West African countries of Guinea, Liberia and Sierra Leone.