New York's mayor is trying to reassure residents they are safe from Ebola after the city's first confirmed case. 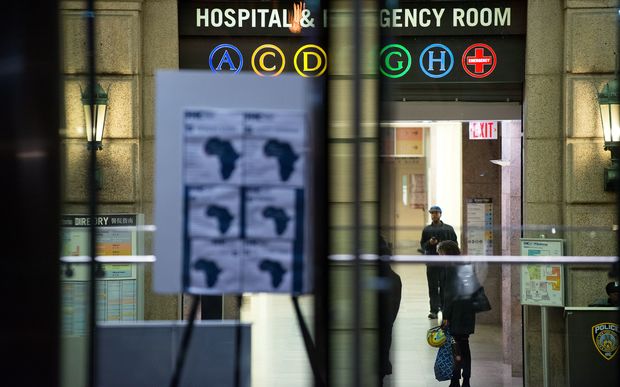 A health alert is displayed at the entrance to Bellevue Hospital where Dr Craig Spencer is being treated. Photo: AFP / Getty Images North America

Special screening was introduced earlier this month at five major US airports, including JFK, for travellers coming from Guinea, Liberia and Sierra Leone.

Dr Spencer went through multiple layers of screening and did not have a fever or other symptoms of illness at the time.

New York Mayor Bill de Blasio today sought to reassure New Yorkers even after officials disclosed that Dr Spencer had travelled around the city on public transport and visited a bowling alley, before developing symptoms.

Officials have stressed that without symptoms, he was not contagious. Mr de Blasio said all necessary precautions are being taken and there was no reason for New Yorkers to be alarmed.

Dr Spencer developed a fever and gastrointestinal symptoms and notified Doctors Without Borders on Thursday morning, the organisation said.

He was transported to Bellevue Hospital from his Manhattan apartment by a specially-trained team wearing protective gear, the New York City Department of Health and Mental Hygiene said in a statement.

Officials said he did travel around New York for several days but they stress that without symptoms, he would not have been contagious. Two friends and his fiance have been quarantined.

Craig Spencer is the fourth case to be diagnosed with Ebola in the US, and the first case in America's largest city.

Americans' fears about Ebola, which has killed nearly 4900 people, largely in Liberia, Sierra Leone and Guinea, have mounted since the first person diagnosed with it in the United States, a Liberian man who had flown to Texas, was hospitalized in Dallas last month.

Thomas Eric Duncan died on 8 October and two nurses who treated him became infected with the virus. A taskforce has been set up following missteps in handling the case.

Dr Spencer's Facebook page, which included a photo of him clad in protective gear, said he went to Guinea around 18 September and then flew to Brussels on 16 October.

He has specialised in international emergency medicine at Columbia University-New York Presbyterian Hospital in New York City since 2011, according to his profile on the LinkedIn career website. 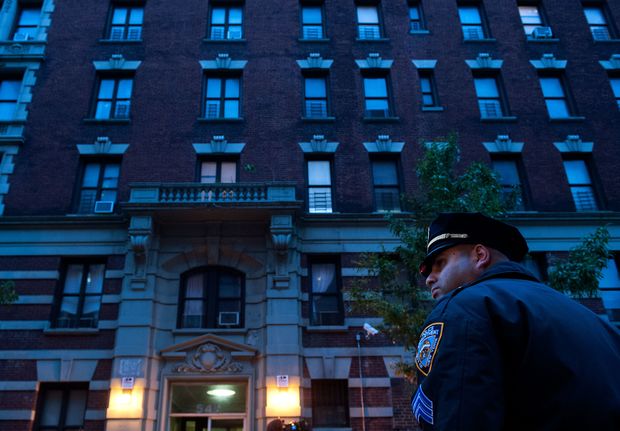 Columbia in a statement said he has not been to work nor seen any patients since his return. The health department said earlier in the day that it was tracing all of the patient's contacts to identify anyone who may be at potential risk.

Before Dr Spencer was admitted to Bellevue, the staff spent about three hours shutting off certain areas to isolate the seventh-floor ward where he would be kept, one nurse aide said.

His apartment in Manhattan's Harlem neighborhood was sealed off on Thursday but the rest of the six-story brick building remained open to residents, health officials said.

The virus is spread through direct contact with bodily fluids from an infected person and is not airborne.