Rwanda's parliament has condemned the BBC for broadcasting a documentary which questioned official accounts of the 1994 genocide in the country. 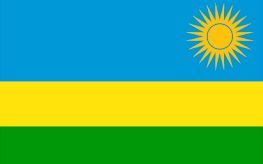 The flag of Rwanda. Photo: Supplied

It approved a resolution calling on the government to ban the BBC in Rwanda and to charge the documentary-makers with genocide denial, the BBC reported.

The BBC has denied that any part of the programme constitutes a "denial of the genocide against the Tutsi".

Those killed in the genocide are generally believed to be mostly members of the minority ethnic Tutsi group, and Hutus opposed to the mass slaughter.

The BBC programme Rwanda, The Untold Story includes interviews with United States-based researchers who say most of those killed may have been Hutus, killed by members of the then rebel Rwandan Patriotic Front (RPF), which has been in power since 1994.

The programme also included interviews with former aides of RPF leader President Paul Kagame, accusing him of plotting to shoot down the presidential plane - the act seen as triggering the slaughter.

He has consistently denied previous such accusations.