Ben Bradlee, the editor of the Washington Post during the Watergate scandal that toppled President Richard Nixon, has died aged 93. 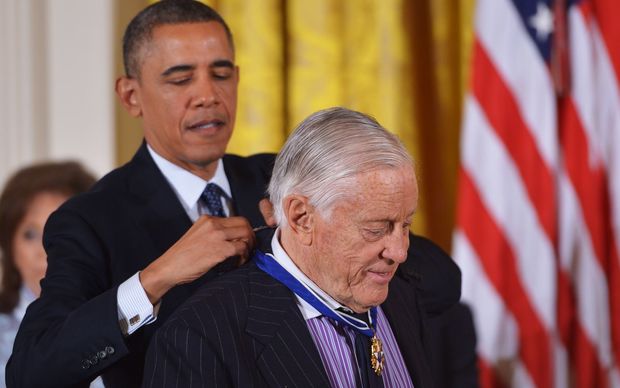 The newspaper reports he died at his Washington home of natural causes.

As executive editor from 1968-1991, Bradlee was credited for transforming the Post into one the most respected newspapers in America, the BBC reported.

In 2013, he was given the country's highest civilian honour - the Presidential Medal of Freedom.

"For Benjamin Bradlee, journalism was more than a profession - it was a public good vital to our democracy," President Barack Obama said in a statement released by the White House on Tuesday evening.

"A true newspaperman, he transformed the Washington Post into one of the country's finest newspapers, and with him at the helm, a growing army of reporters published the Pentagon Papers, exposed Watergate, and told stories that needed to be told."

"Ben Bradlee was the best American newspaper editor of his time and had the greatest impact on his newspaper of any modern editor," said Donald Graham, the former publisher of the Washington Post.

Bradlee played a key role in pursuing what became known as the Watergate scandal, which eventually toppled President Richard Nixon in 1974.