A move to force Muslim women who cover their faces with such things as a burka to sit in a separate enclosed public gallery at Parliament House in Australia has been reversed. 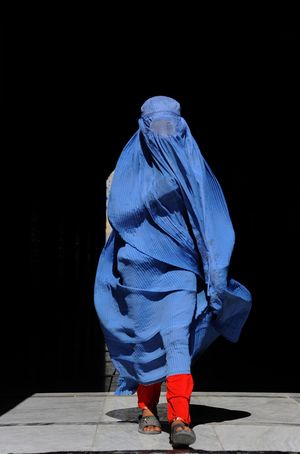 But the move caused outcry and an intervention from Prime Minister Tony Abbott, who is believed to have told Mrs Bishop that "common sense should prevail", the ABC reported.

A Department of Parliamentary Services (DPS) statement on security arrangements released this morning said it had replaced the earlier measures.

The new arrangements stipulate that all visitors entering Parliament will be required to "temporarily remove any coverings".

"That will enable security staff to identify any person who may have been banned from entering Parliament House or who may be known, or discovered, to be a security risk," DPS said in the statement.

"Once this process has taken place, visitors are free to move about the public spaces of the building, including all chamber galleries, with facial coverings in place."

Senator Parry told a parliamentary committee this morning that he and Mrs Bishop made the initial decision because of concerns about a protest.

"I was advised that a group of people, some being male, were going to disrupt Question Time in the House of Representatives," he said.

"The advice further indicated that this group would be wearing garments that would prevent recognition of facial features and possibly their gender."

The protest did not eventuate.