US President Barack Obama has played down the chance of an Ebola outbreak in the US, after a second nurse became infected caring for a patient.

He said the risk of Americans getting the virus was "extremely low" but more needed to be done to help West Africa.

US health officials are seeking 132 people who flew on a plane with a Texas nurse on the day before she came down with symptoms of Ebola. 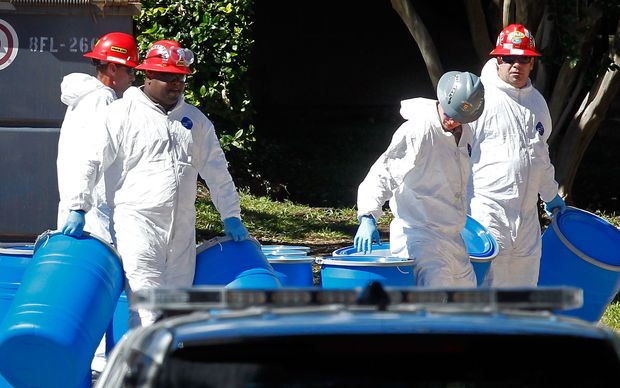 Hazmat workers prepare to decontaminate the apartment where a second nurse who tested positive for Ebola lives. Photo: AFP

The second person infected in the US, Amber Vinson, 29, fell ill on Tuesday, the BBC reported.

Both she and nurse Nina Pham, 26, had treated Liberian Thomas Eric Duncan, who died a week ago in Dallas.

And while reassuring Americans about the risks to them, Mr Obama was clear that more needed to be done in West Africa.

"I am absolutely confident that we can prevent a serious outbreak of the disease here in the United States but it becomes more difficult to do so if this epidemic of Ebola rages out of control in West Africa."

Mr Obama said that efforts to control the spread of Ebola in the United States must be much more aggressive.

He said federal health teams should be able to respond to new cases in the US within a day.

"As soon as somebody is diagnosed with Ebola we want a rapid response team, a SWAT team to be on the ground as quickly as possible, hopefully within 24 hours, so that they are taking the local hospital step-by-step through exactly what needs to be done."

A nurses' union has said those treating Thomas Duncan were not given full protection and had parts of their skin exposed.

More than 70 healthcare workers who may have come in contact with him at the hospital are being monitored for symptoms, the hospital's director has said.

On Wednesday, the US Centers for Disease Control and Prevention (CDC) said it wanted to interview the passengers on Frontier Airlines flight 1143 from Cleveland, Ohio, to Dallas, Texas on 13 October.

It said it was taking the measure, "because of the proximity in time between the evening flight and first report of illness the following morning".

Both Ms Vinson and Ms Pham treated Duncan early in his stay at Texas Health Presbyterian Hospital in Dallas when he had "extensive production of body fluids", said CDC director Tom Frieden.

The nephew of Thomas Eric Duncan said the hospital that treated him has put many lives at risk by not taking his uncle seriously. 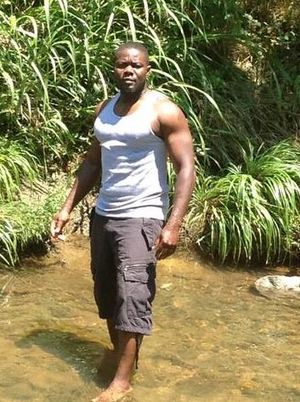 Josephus Weeks said he had to phone the CDC himself before the Dallas hospital began to take threat seriously.

He told Radio New Zealand his uncle went to hospital with a very high fever and told staff had just been in Liberia.

But he was initially turned away and, even once he was admitted, did not receive potentially lifesaving treatment until a week later.

Mr Weeks said the hospital did not immediately test his uncle's blood.

The head of the Texas Medical Association, Austin King, said he believes the hospital followed all the correct protocols.

However, Dr King said the transmission of Ebola to two nurses means they will now re-evaluate everything about how they deal with the disease. 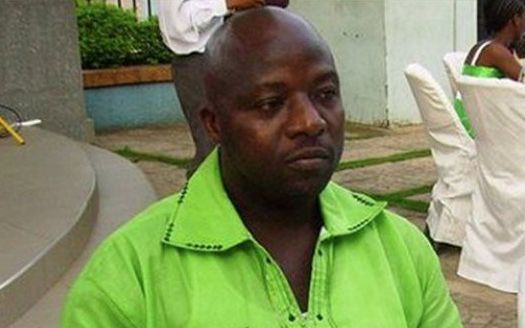 Hazardous waste piled up to the ceiling

Union director RoseAnn DeMoro said staff treated him for days without the necessary protective gear, and hazardous waste was allowed to pile up to the ceiling.

The CDC has appointed a "site manager" in Dallas to standardise the protective equipment and supervise the method of putting it off and on.

Ms Vinson flew to Cleveland on 10 October, even though she was being monitored for signs of Ebola and therefore should not have flown on a commercial aeroplane, Dr Frieden said.

When Ms Vinson returned from Ohio on Monday evening, she was not showing symptoms of the disease, the crew has told CDC investigators.

Health experts say people who are not showing symptoms are not contagious.

Meanwhile, the UN's Ebola mission chief says the world is falling behind in the race to contain the virus, which has killed more than 4,000 in West Africa.