South African athlete Oscar Pistorius should not go to jail over the killing of his girlfriend, Reeva Steenkamp, his sentencing hearing has been told. 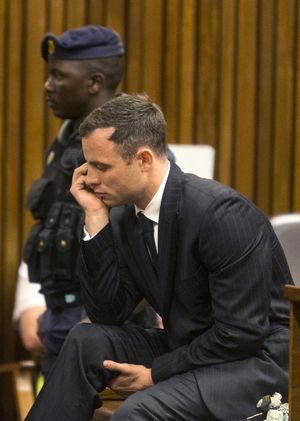 A probation officer appearing for the defence said Pistorius should serve house arrest and community service.

Pistorius was found guilty of the culpable homicide of Ms Steenkamp last month - but was cleared of murder in a decision criticised by the victim's family.

Pistorius faces up to 15 years in jail, although Judge Thokozile Masipa may suspend the sentence or impose a fine.

She said the athlete had acted "negligently" when he shot his girlfriend through a toilet door, but had genuinely thought her to be an intruder.

At the sentencing hearing, Joel Maringa, a prison service officer summoned by the defence, said Pistorius should perform community service and receive three years of house arrest rather than imprisonment.

"The accused will benefit from correctional supervision," Mr Maringa said, adding that this will give him an "opportunity to restructure and modify his behaviour".

"We are basically not saying that he should be destroyed because he will still be coming back into the community," he said.

Mr Nel described Mr Maringa's suggestions as "shockingly inappropriate", adding that they would amount to "no sentence". He questioned whether Mr Maringa understood the gravity of Pistorius's crime. 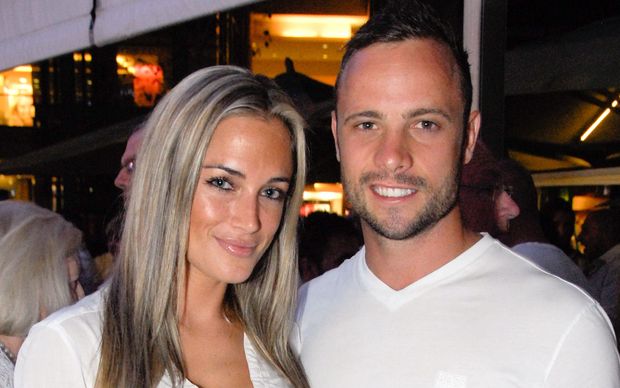 Ms Steenkamp's father, Barry, held his head in his hands as Mr Maringa spoke, while her friends shook their heads in disbelief.

The sentencing hearing, which has been adjourned, is expected to last several days.

Lawyers for Pistorius are hoping they can prevent a jail sentence.

His psychologist, Lore Hartzenberg, was the first defence witness to speak at the sentencing hearing.

She described Pistorius as a "broken man" after the killing. She said he was "very emotional" during grief therapy sessions, which were often disrupted by his weeping and retching.

Mr Nel said it was "very strange" that Ms Hartzenberg was "avoiding" answering questions about Mr Pistorius having a new relationship.

Ms Hartzenberg said Mr Pistorius had never mentioned a new girlfriend in the therapy sessions. She said she had only heard about the relationship from reports in the press.

The Paralympic sprinter had strenuously denied murdering Ms Steenkamp after a row on Valentine's Day last year, saying he shot her by mistake.

Ms Steenkamp, a 29-year-old model and law graduate, was hit three times by bullets shot through a toilet door by Pistorius at his home in the capital, Pretoria.

The parents of Ms Steenkamp said "justice was not served" after Pistorius was acquitted of murder.

June and Barry Steenkamp told NBC News of their "disbelief" that the court had believed Pistorius' version of events.

Earlier, Arnold Pistorius, the athlete's uncle, said the family was "deeply grateful" to the judge for finding him not guilty of murder and that a "big burden" had been lifted.

South Africa's prosecuting authority said it was "disappointed" that Pistorius was not convicted of murder but said it would wait until after sentencing to decide whether to appeal.

Despite the conviction, the International Paralympic Committee has said Pistorius will be allowed to compete in future events.