Marine archaeologists in the United States believe there is an almost 70 percent chance of locating Captain Cook's ship, Endeavour on the bottom of Newport Harbour in Rhode Island. 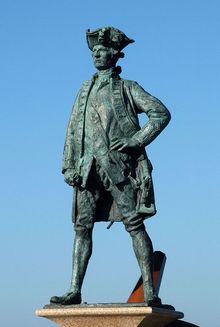 Captain Cook sailed on the Endeavour on his first journey to New Zealand in 1769.

The Endeavour was later renamed Lord Sandwich and was one of 13 vessels deliberately sunk in Newport Harbour by the British in 1778 during the American Revolutionary War.

They were used to block French ships from entering the harbour.

Rhode Island archaeologists have teamed up with the Australian National Maritime Museum to find the Endeavour.

They have located what they believe to be nine of the 13 ships in water between eight and 15 metres deep.

They said silt in the harbour was likely to have helped preserve the vessels.