Mexican President Enrique Pena Nieto has vowed to identify and punish those responsible for the recent disappearance of 43 students after clashes with police. 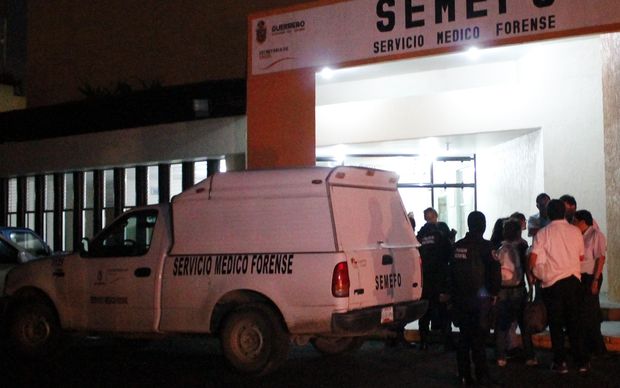 In a televised address, he described the incident in the city of Iguala as "shocking, painful and unacceptable".

Shortly after the speech, federal forces disarmed municipal police and took over security in the city.

The students went missing after a protest over job discrimination.

Police opened fire on their buses as they arrived in the city, in the state of Guerrero, on 26 September. Twenty-two police officers are being held in connection with the shooting.

"Like all the Mexican society, I am shocked by this situation and I can assure you that there will be no impunity," Mr Pena Nieto wrote later in his Twitter account.

Concerns about the wellbeing of the missing students increased on Saturday, when clandestine graves were discovered on the outskirts of Iguala following an anonymous tip-off.

Twenty-eight burnt bodies have been retrieved from the pits.

Forensic experts are now trying to establish whether the bodies are those of the missing students, with results expected within two weeks.