The Nobel Prize for physiology or medicine has been awarded to three scientists for their work on the brain's navigation system. 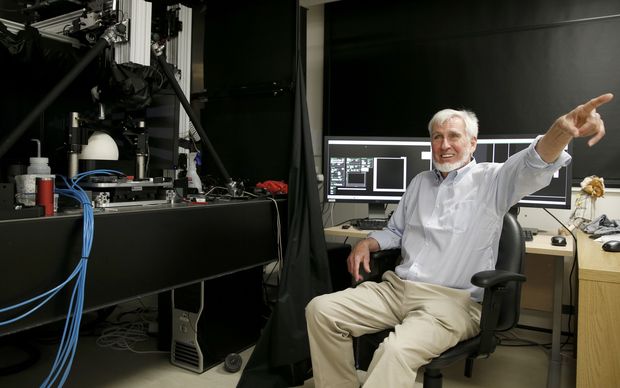 Professor John O'Keefe poses for pictures at his office in London after co-winning the Nobel Medicine prize. Photo: AFP

They discovered how the brain knows where we are, and is able to navigate from one place to another, the BBC reports.

Their findings may help explain why Alzheimer's disease patients cannot recognise their surroundings.

On hearing about winning the prize, he said: "I'm totally delighted and thrilled, I'm still in a state of shock, it's the highest accolade you can get."

His work showed that a set of nerve cells became activated whenever a rat was in one location in a room.

A different set of cells were active when the rat was in a different area.

Professor O'Keefe argued these "place cells" - located in the hippocampus - formed a map within the brain.

In 2005, husband and wife team, May-Britt and Edvard, discovered a different part of the brain which acts more like a nautical chart.

These "grid cells" are akin to lines of longitude and latitude, helping the brain to judge distance and navigate.

They work at the Norwegian University of Science and Technology in Trondheim.

The Nobel committee said the combination of grid and place cells "constitutes a comprehensive positioning system, an inner GPS, in the brain".