Mexico is seeing signs the size of the annual mass migration of Monarch butterflies may be increasing again after their numbers last year dropped to their lowest level ever. 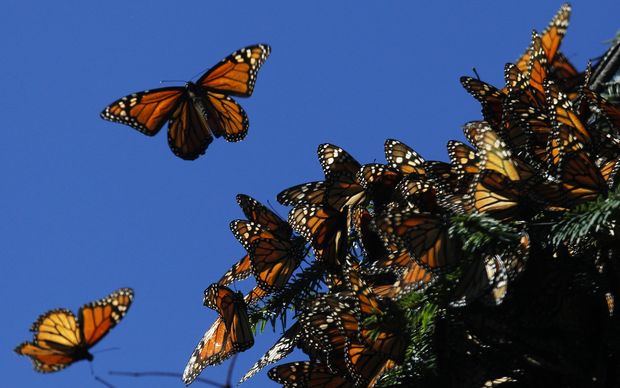 The butterflies have been hard hit by pollution and the destruction of the natural environment.

The head of Mexico's nature reserves, Luis Fueyo, said monarchs had already been sighted at the end of their annual migration from the United States and Canada, the BBC reports.

"This year we're seeing them in Mexico earlier than we've seen them before," he said.

"They have already been seen (on the US border). This could be a sign that the first butterflies have advanced, and are arriving earlier than we have been used to in the past."