The Rockefeller family, which made its fortune in the oil industry, says its philanthropic organisation is planning to divest from fossil fuels and reinvest in clean energy.

The Rockefeller Brothers Fund is joining a coalition of philanthropists pledging to rid themselves of more than $US50 bn in fossil fuel assets. 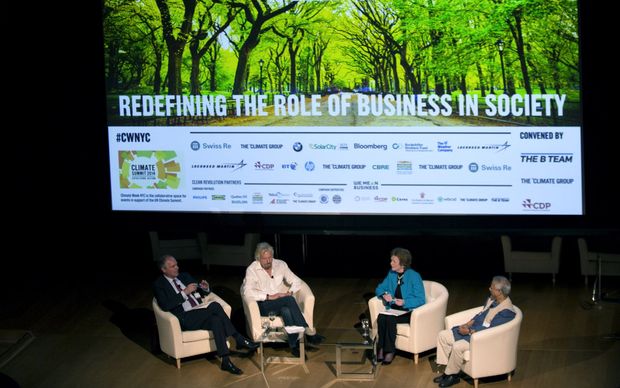 The announcement will be made a day before the UN climate change summit opens on Tuesday.

Some 650 individuals and 180 institutions have joined the coalition.

It is part of a growing global initiative called Global Divest-Invest, which began on university campuses several years ago.

Pledges from pension funds, religious groups and big universities have reportedly doubled since the start of 2014.

"We are quite convinced that if he were alive today, as an astute businessman looking out to the future, he would be moving out of fossil fuels and investing in clean, renewable energy," Mr Heintz said in a statement.

The philanthropic organisation was founded in 1940 by the sons of John D Rockefeller. As of 31 July 2014, the fund's investment assets were worth $860 million.

A climate change summit is due to start on Tuesday at the UN headquarters in New York, with 125 heads of state and government members expected to attend.

But major emitters China and India will not be sending their leaders, raising questions about how effective the summit will be and nor will Australian Prime Minister Tony Abbott despite being in New York the next day.

It is the first such gathering since the unsuccessful climate conference in Copenhagen in 2009.

On Sunday, hundreds of thousands of marchers took to the streets in more than 2,000 locations worldwide, demanding urgent action on climate change and calling for curbs on carbon emissions.

Business leaders, environmentalists and celebrities also joined the demonstrations, which were organised by The People's Climate March.