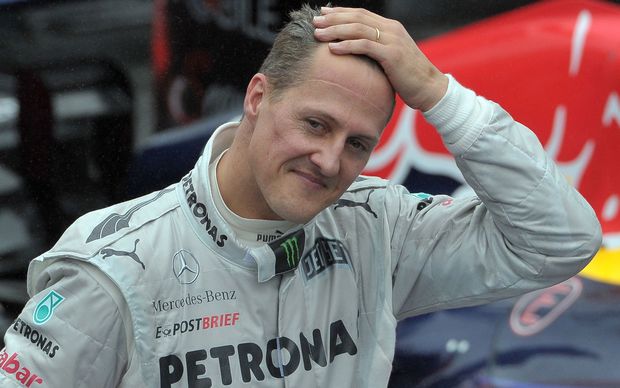 A statement said he had made "progress" but there was "a long and difficult road ahead", the BBC reported.

Schumacher suffered a head injury in a skiing accident in France in December last year and was transferred to the Swiss hospital in June.

Schumacher's family said in June that he had come out of a medically induced coma to reduce swelling in his brain.

He spent six months at a hospital in France after his accident, before being transferred to the hospital in Lausanne. His family home is in Gland, which is on the shores of Lake Geneva, some 40km from Lausanne.

"Henceforth, Michael's rehabilitation will take place at his home. Considering the severe injuries he suffered, progress has been made in the past weeks and months," Ms Kehm said in a statement on Tuesday.

The statement did not give any indication of whether there had been a change in the state of Schumacher's health.

"We ask that the privacy of Michael's family continue to be respected, and that speculations about his state of health are avoided," it added.