Ebola is spreading exponentially in Liberia, with thousands of new cases expected in the next three weeks, the World Health Organisation (WHO) says.

Conventional methods to control the outbreak were "not having an adequate impact", the United Nations' health agency added. 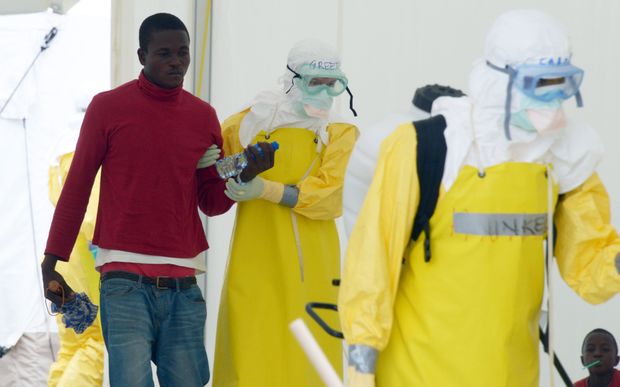 Concerns are rising that the strain of the virue, now epidemic in West Africa, will mutate to a form that could more easily spread internationally.

At least 2100 people infected with Ebola have died in Guinea, Liberia, Sierra Leone and Nigeria this year.

The WHO said 79 health workers had been killed by the virus and organisations combating the outbreak needed to scale-up efforts "three-to-four fold".

The WHO highlighted Liberia's Montserrado county, where 1000 beds were needed for infected Ebola patients but only 240 were available, leading to people being turned away from treatment centres, the BBC reports.

Transmission of the virus in Liberia was "already intense", and taxis being used to transport infected patients appeared to be "a hot source of potential virus transmission", the WHO said.

"As soon as a new Ebola treatment facility is opened, it immediately fills to overflowing with patients, pointing to a large but previously invisible caseload. When patients are turned away... they have no choice but to return to their communities and homes, where they inevitably infect others."

The Ebola disease spreads between humans by direct contact with infected blood, bodily fluids or organs, or indirectly through contact with contaminated environments. The current outbreak has mortality rate of about 55 percent.

Liberia has the highest number of reported cases and deaths, with more than 1000 casualties so far.

A spokesperson for the MSF medical charity, Sophie Jane Madden, says staff have not got room enough to treat everyone.

"We are running the biggest treatment facility for Ebola that we've ever run, and it's going to get larger. But even then, we won't have enough space to care for everyone that needs it. So our teams are every day turning away people who have come desperately seeking health care."

The United States and Britain plan to send troops to help contain West Africa's outbreak, with President Barack Obama saying his military will help to set up isolation units and provide security for public health workers responding to the outbreak.

However, there is no plan for the new field hospitals to be staffed with American military personnel.