At least 230 people have been wounded in clashes between police and protesters in Pakistan's capital Islamabad. 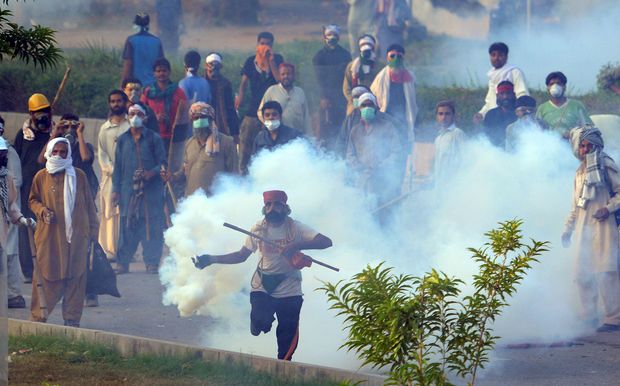 A fortnight-long political impasse took a violent turn late overnight, after around 25,000 people marched to the prime minister's house, where some attempted to remove barricades around it with cranes.

The crisis took on a new dimension after the government asked the army to mediate, raising fears the military would use the situation to increase its dominance over civilian authorities.

The injured were rushed to Islamabad's two main hospitals, and the number of casualties is expected to rise as clashes continue.

A spokesman for Pakistan Institute of Medical Sciences hospital in Islamabad said that 164 injured people have been taken to his hospital, while the Poly Clinic hospital said it had received 70 wounded so far.