Ukrainian president Petro Poroshenko said there are now thousands of foreign troops and hundreds of tanks in the country, as the European Union warns a "new Cold War" with Russia would be detrimental to all Europe.

Mr Poroshenko, who is in Brussels to discuss the ongoing crisis with EU leaders, said his country is now the subject of foreign military aggression and terrorism, the ABC reports. 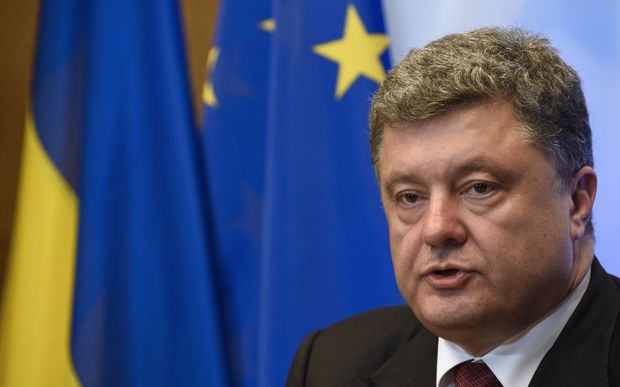 Petro Poroshenko at a news conference in Brussels. Photo: AFP

"We have a worsening situation since August 27," he told a news conference.

"Thousands of the foreign troops and hundreds of foreign tanks [are] now on the territory of Ukraine.

European Commission president Jose Manuel Barroso said he was prepared to toughen sanctions against Russia as the EU searches for a political deal to end the confrontation.

He said any tightening of sanctions would be intended to push Moscow to negotiate, not to escalate the crisis.

"It makes no sense to have ... a new Cold War," he said, adding that it would be "detrimental to all of Europe".

"We are in a very serious, I would say dramatic, situation ... where we can reach the point of no return."

Mr Poroshenko said he expected a summit of EU leaders meeting to make a formal request for the commission to draw up new sanctions measures that could be implemented if necessary.

Mr Barroso noted that his staff already had a broad range of options to propose to member states.