Qantas and Virgin passengers will be able to use their mobile phones on Australian domestic and international flights from today.

Until now passengers had to turn off phones and other mobile devices because it was considered a safety risk.

The two airlines applied for approval from Australia's Civil Aviation Safety Authority (CASA) to change the rule and it has been granted.

Other airlines are expected to follow suit, according to the ABC. 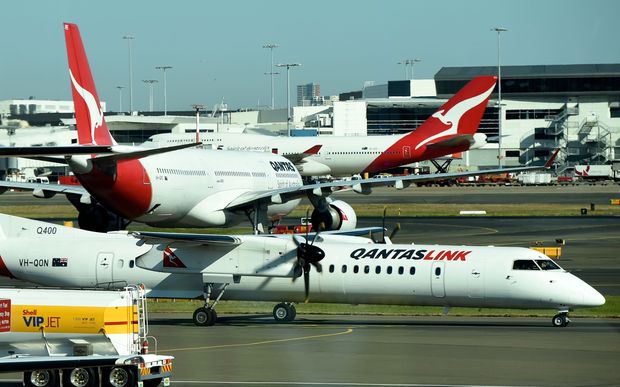 Qantas said the mobile devices would still have to be in flight mode. Photo: AAP

"Aircraft are now designed and built with electromagnetic interference in mind," he said.

"So (passengers) can leave their devices, laptops, smartphones, tablets on from gate to gate.

"For big devices such as laptops you will need to stow them during take off and landing due to the risk of turbulence."

Qantas head of engineering Alan Milne said once the aircraft doors were closed, the devices would need to be in flight mode.

"There's no network coverage up there anyway so there's no reason for having them on," he said.

"But it will enable [passengers] to write emails or text messages that will be sent when they switch back to normal mode after landing."