Lithuania says its honorary consul in the rebel-held Ukrainian city of Luhansk has been murdered.

Mr Linkevicius had earlier described the entry of a Russian aid convoy into eastern Ukraine as "a blatant violation of international law".

The United Nations Security Council is holding an emergency session to discuss the matter. 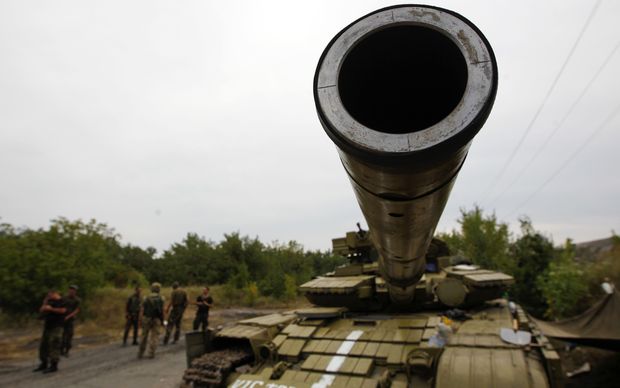 A Ukrainian army tank is pictured at a checkpoint in Donetsk region 22 August. Photo: Reuters

More than 100 Russian lorries entered on Friday without an Red Cross escort and most without customs clearance.

But Russia's President Vladimir Putin said further delays to the delivery of aid "were unacceptable", the BBC reports.

Reports say the first trucks have reached the rebel-held city of Luhansk.

Reporters at the scene saw rebel fighters in front of the convoy as it crossed the border near the town of Kamensk-Shakhtinsky.

Ukraine's security chief Valentyn Nalyvaychenko said it was a "direct invasion" but no force would be used against the convoy as it wished to avoid "provocations". 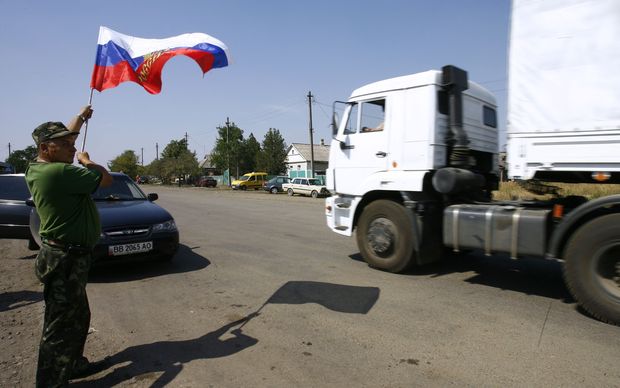 The International Committee of the Red Cross (ICRC) said it was not part of the convoy "in any way".

Russia's foreign ministry has warned Ukraine not to take any action against the convoy, without specifying the consequences.