Police in Missouri have shot dead a 23-year-old black man, days after the shooting of an unarmed black teenager by police in Ferguson triggered more than a week of violent unrest. 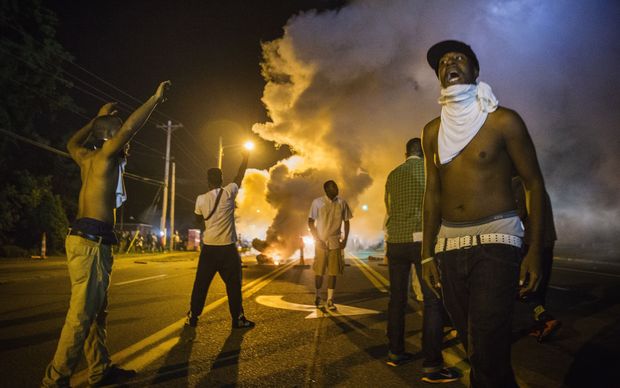 St Louis Police Chief Sam Dotson said the man, who died at the scene, was threatening police with a knife.

US police said they arrested 31 people during another night of angry protests in the Missouri town. The BBC reported that unrest flared hours after President Barack Obama called for calm following the fatal police shooting of unarmed black teenager Michael Brown on 9 August.

The US attorney general is due to visit Ferguson on Wednesday to meet federal officials investigating the killing.

The National Guard has been deployed to support police operations. 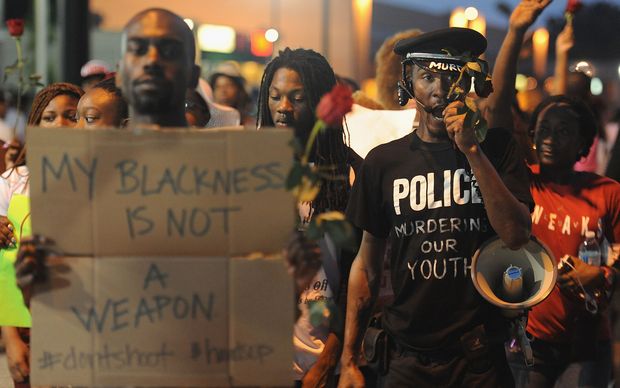 A demonstrator during a protest in Ferguson. Photo: AFP

The latest death came on Tuesday, when police shot and killed the man 6.4 km from the site of Michael Brown's killing.

Local police said witnesses reported the man behaving erratically, and that he had come at two officers with a knife.

Missouri Governor Jay Nixon announced the National Guard deployment on Monday, in addition to lifting a night-time curfew imposed on the weekend.

The killing of Mr Brown by a white policeman in a street has inflamed racial tensions in the largely black community of Ferguson.

Officer Darren Wilson shot the teenager last week after reportedly stopping him for walking in the street. 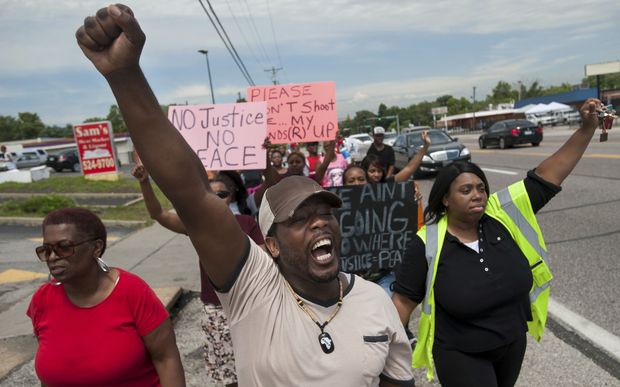