Kurdish forces supported by US air strikes are battling to retake Mosul dam from Islamic State (IS) fighters in northern Iraq.

The operation to recapture the country's largest dam began early on Saturday with raids by F-18 fighters and drones, US officials said.

Kurdish Peshmerga fighters have shelled militants' positions, and there is an unconfirmed report of a ground attack. 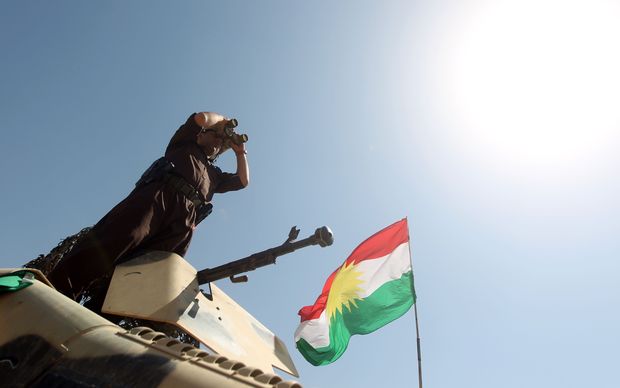 At least 11 IS fighters have been killed, the BBC reports.

The extreme Sunni group, which overran Mosul this summer, has been accused of a new massacre of non-Muslims.

At least 80 men from the Yazidi faith were killed, and scores of women and children abducted, in the village of Kawju on Friday.

Reports say the men were killed after refusing to convert to Islam. A US drone strike later destroyed two vehicles belonging to the militants. 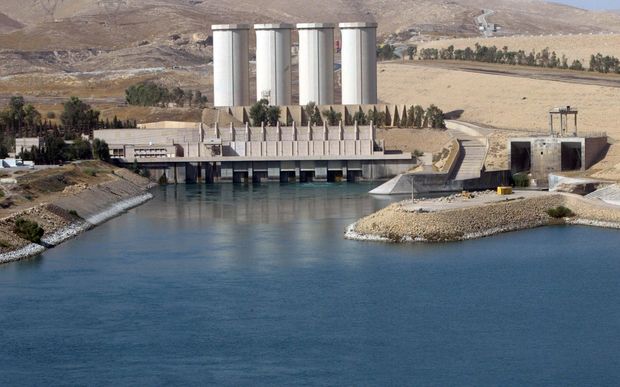 Mosul dam on the Tigris River around 50 kilometres north of the northern Iraqi city of Mosul. Photo: AFP FILE

Reports on Saturday morning said US aircraft had launched strikes on IS positions near the strategic dam in Mosul.

US military officials said the decision to try to retake the dam came after intelligence showed the militants were not yet at a point where they destroy the dam.

Kurdish commander Major General Abdelrahman Korini said the Peshmerga had captured the eastern side of the dam and were "still advancing".

Rudaw, a Kurdish news website, said the air strikes appeared to be the "heaviest US bombing of militant positions since the start of air strikes" against IS last week.

The dam, captured by IS on 7 August, is of huge strategic significance in terms of water and power resources.

Located on the River Tigris about 50km upstream from the city of Mosul, it controls the water and power supply to a large surrounding area in northern Iraq.

The BBC reports that the there are fears the dam is structurally dubious and many have warned that it could unleash a catastrophic flood if it was breached.