A mission to evacuate Iraqi civilians trapped on a mountain by Sunni militant fighters is far less likely after a US team found the humanitarian situation not as grave as expected. 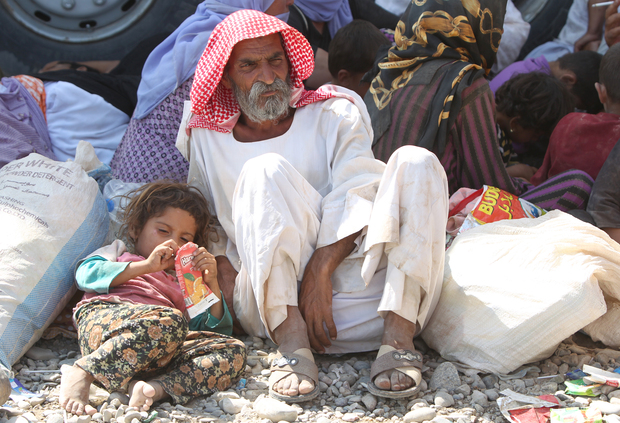 Military and humanitarian aid personnel sent to Mount Sinjar in northern Iraq to assess the situation found far fewer people than previously feared and in better condition than expected, the Pentagon said.

The Pentagon credited the better-than-expected situation on air drops of food and water, US airstrikes on Sunni militant targets, efforts of Kurdish Peshmerga fighters and the ability of thousands of Yazidis to evacuate the mountain in recent nights, Reuters reports.

Civilians including members of the Yazidi religious minority, had fled the advance of Sunni fighters from the Islamic State militant group.

Earlier, US Secretary of State John Kerry had said teams on the ground were making "a very rapid and critical assessment because we understand it's urgent to try to move those people off the mountain".

The move came as world leaders intensified plans to stop the advance of the jihadist fighters in northern Iraq.

French president Francois Hollande announced his government would shortly supply arms to Kurds in Iraq who are fighting the Islamic State group.

The US has also reportedly begun supplying weapons to the Kurdish forces, known as the Peshmerga. Earlier, America announced it had sent 130 more military advisers to the Kurdish region.

The political leader of Iraq's Kurds, Massoud Barzani, had on Sunday appealed for international military aid to help defeat the Islamist militants. 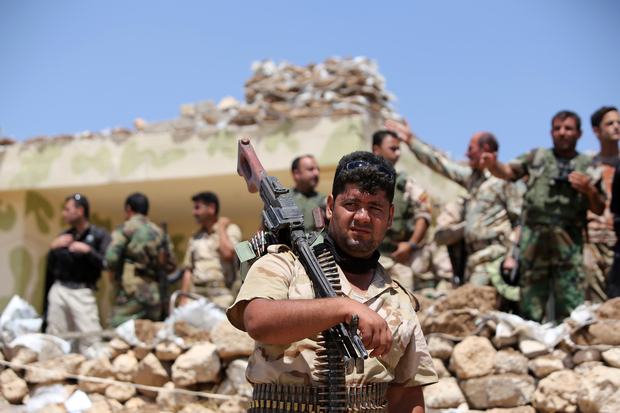 Iraqi Kurdish Peshmerga fighters in Bashiqa, north-east of Mosul, which has been taken by Islamic State militants. Photo: AFP