A Chinese zoo has unveiled newborn panda triplets billed as the world's first known surviving trio, in what it hailed as a "miracle" given the animal's famously low reproductive rate. 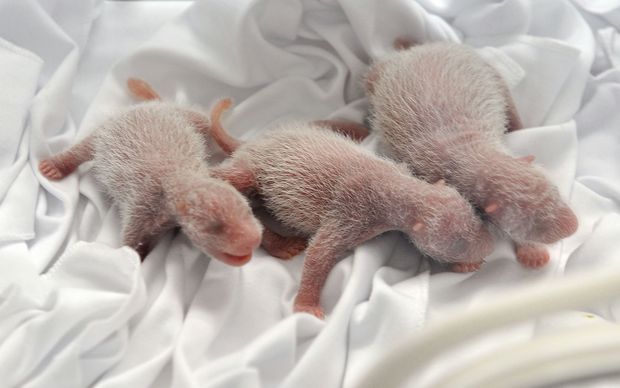 She was too exhausted to take care of them afterwards so the cubs were put into incubators while Juxiao regained her strength.

The triplets have now been brought back to their mother for nursing and are being attended to by a round-the-clock team of feeders, the zoo said.

"They were said to be the only panda triplets that have ever survived," the safari park said in a statement released Tuesday. 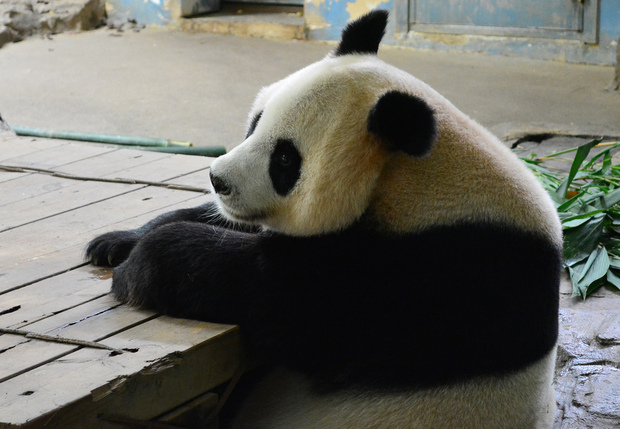 Juxiao's cubs were put into incubators while the panda regained her strength. Photo: AFP / Chimelong Group

An official from Sichuan Wolong National Natural Reserve, considered the foremost authority on pandas, said the trio were too young to be officially recognised as "surviving" but that they were the only known panda triplets alive.

"We can only say they are surviving once they reach six months. For now they are indeed the only surviving triplets," said an official from the centre, who only gave her name as Ms Zhao.

"The triplets can be described as a new wonder of the world," Chimelong Safari Park said, describing mortality rates among newborn pandas as "extremely high".

Pictures taken earlier this month of the triplets showed the pink-coloured cubs inside an incubator with their eyes closed and bodies sparsely covered with white fur.

"The mother and babies were in good condition, but the adorable newborns were particularly inspiring," the zoo said.

The gender of the cubs was not disclosed and they would be given their names at a later date, AFP reports.

Pandas, whose natural habitat lies in mountainous southwestern China, have a notoriously low reproductive rate and are under pressure from factors such as habitat loss. China has about 1600 pandas living in the wild.