The Russian media says this follows an agreement with Kiev on an emergency relief mission led by the International Red Cross. 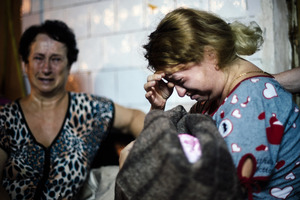 A mother with her newborn baby cries inside a bomb shelter during shelling in Donetsk at the weekend. Photo: AFP

The cargo includes hundreds of tonnes of grain, baby food, power generators and medical equipment for civilians trapped by fighting in the rebel-held area in Ukraine, the BBC reports.

Western powers have warned Russia not to use humanitarian assistance as a pretext to invade eastern Ukraine.

Russian President Vladimir Putin said on Monday that Russia was launching a humanitarian mission in co-operation with the International Committee of the Red Cross (ICRC).

The ICRC has acknowledged the situation in eastern Ukraine is critical, with thousands of people reported to be without access to water, electricity and medical aid.

On Tuesday it said it was not involved in the Russian mission as some issues needed clarification and security guarantees from all sides were required.

However, it said it had agreed in principle to such an operation and suggested it could get involved if the clarification it had asked for was received.

Media reports said the cargo left a point south-west of Moscow on Tuesday morning. It is expected to arrive at the Ukrainian border in about two days. 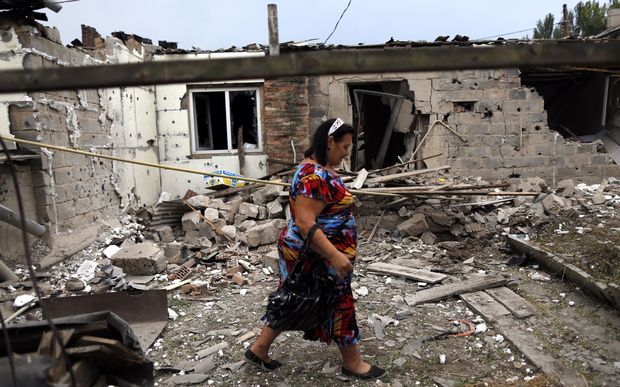 Ukrainian troops have moved in on Donetsk, pounding neighbourhoods in an attempt to drive out pro-Russian separatists. Photo: AFP