Canada has launched a mission to map the Arctic seabed to support its bid to extend its territory up to the North Pole. 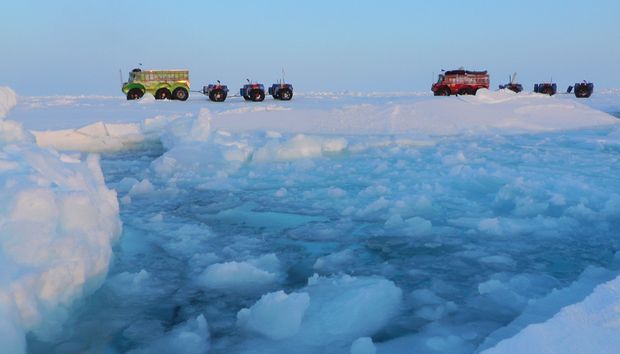 Two ice-breakers are setting sail from Newfoundland to collect data from an undersea ridge in the Arctic.

The six-week mission comes in the face of competing claims from other countries, including Russia.

"It's a mission to define Canada's last frontier, according to the country's environment minister," the BBC's Cat Wiener said.

But, she said, despite the undeniably romantic image of the scientific mission, it's also about geopolitics.

"The seabed east of the Lomonsov Ridge could hold as much as 13% of the world's undiscovered oil and a third of its hidden natural gas reserves. Canada is in a race against Russia to claim sovereignty first."

Russia and Denmark have also made competing claims on a vast area of Arctic seabed around the Lomonosov Ridge.

All three countries are seeking scientific proof that the ridge is an underwater extension of their continental shelf.