The American army officer killed in an attack at a British military academy in Afghanistan has been identified as Major General Harold Greene, the highest ranking official to have been killed in the war.

The Pentagon's website says he was sent to Afghanistan in January this year. 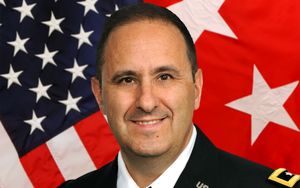 The Taliban has claimed responsibility for the attack near Kabul, in which a gunman wearing an Afghan army uniform opened fire on officers at the British-run academy, the BBC reports.

At least 15 soldiers - two British, several Americans and generals from Germany and Afghanistan - were wounded. The gunman was shot dead.

A man in Afghan military uniform opened fire from a guard post at a large group of senior Afghan and international troops. By the time he had emptied the magazine of his US-issue M16 rifle, more than a dozen people had been shot. 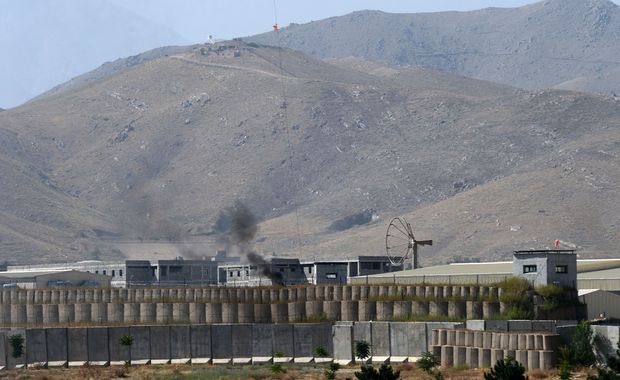 An Afghan soldier is reported to have opened fire on troops at a British-run military academy near Kabul. Photo: AFP

Two British soldiers were among the wounded, along with several Americans, a German general and the Afghan commander of the British-led officers' academy, General Gulam Sakhi. The US major-general is the most senior international soldier killed since the fall of the Taliban in 2001.

Speaking from the Pentagon, US Rear Admiral John Kirby said the incident occurred during a routine visit to the academy.

He told reporters that, while the investigation was just getting started, there seemed to be no doubt that the attacker was an Afghan soldier who had undergone the proper vetting checks. 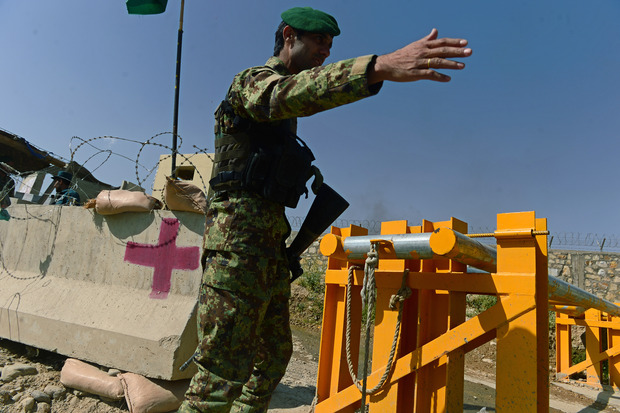 An Afghan National Army soldier outside the military facility where the general was shot and up to 15 soldiers wounded. Photo: AFP 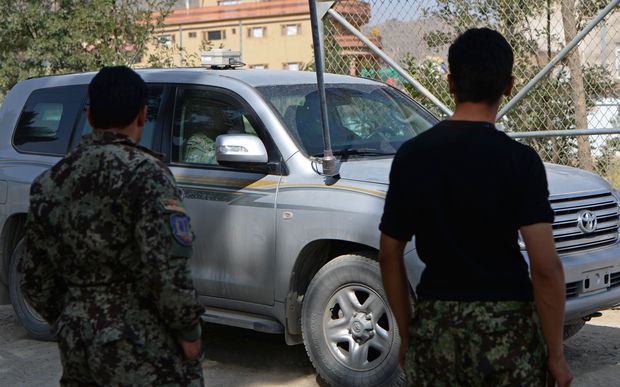